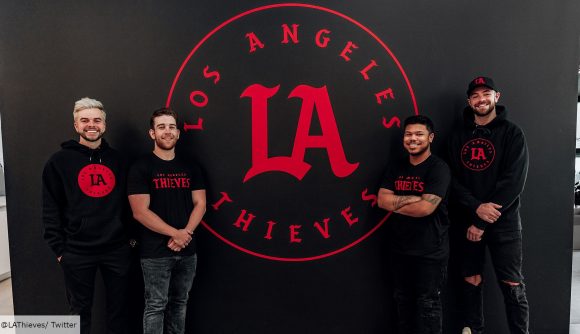 The organisation, headed and founded by former Call of Duty pro Matthew ‘Nadeshot’ Haag, previously chose not to pursue entering the league in its debut season, with Nadeshot frequently claiming that it was too risky of an investment and that the $20 million price tag for a spot was too steep. However, it appears it has now purchased the spot previously owned by Immortals, the parent group of OpTic Gaming which was reportedly purchased by Hector ‘HECZ’ Rodriguez earlier this year.

LA Thieves will be taking on the roster built by OpTic Gaming LA for the 2021 season, which includes two players who represented 100 Thieves in the pre-franchise era: Kenny ‘Kuavo’ Williams and Austin ‘SlasheR’ Liddicoat. They are joined by Thomas ‘TJHaly’ Haly and Zack ‘Drazah’ Jordan, who will start the season as a substitute. The fourth starting player is yet to be confirmed.

In a video breaking down the news, Nadeshot and 100 Thieves president John Robinson also reveals that the LA Thieves brand will not only be represented in the CDL, but in all Call of Duty-related endeavours.

LA Thieves will form rosters for Warzone and Call of Duty: Mobile as well as in the Call of Duty League playing Black Ops Cold War.

Announcing a new Los Angeles team for the competitive Call of Duty League in 2021. #LAThieves pic.twitter.com/inO7TzNI7O

Robinson also says that this was a quick turn around, with negotiations to enter the CDL starting just “three weeks” ago. The Call of Duty community is extremely excited to see 100 Thieves back in the competitive scene – especially with two members of its 2019 double major-winning roster returning.