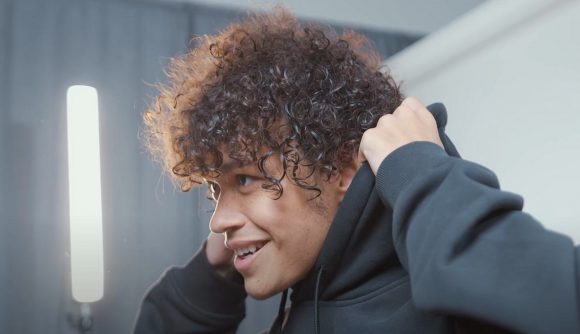 LA Thieves has had a turbulent Call of Duty League season so far when it comes its roster, with the franchise undergoing several personnel changes and role swaps. Its most recent change at the beginning of this month was also the biggest roster move of the 2021 season so far: Cuyler ‘Huke’ Garland joining from Dallas Empire.

LA Thieves’ acquisition of Huke, who is widely regarded as one of the top players in the CDL, was a surprise to everyone, but what was unanimously believed was that Thieves had done a great bit of business in picking up a 21-year-old that has potential to become one of the greats.

However, LA Thieves has just surprised everyone yet again, announcing that Huke will be moved to the bench, less than three weeks after he joined the team. Huke will be swapped out for Thomas ‘TJHaly’ Haly who was dropped from the starting team to make way for Huke.

The announcement has resulted in plenty of questions and criticism of LA Thieves’ coaching staff and management, but head coach and former Call of Duty world champion Jordan ‘JKap’ Kaplan says: “We haven’t been seeing the same level of consistency as a team and, with Stage 4 starting, we decided to make the tough call to bring TJHaly back and improve upon where we last left off with him.”

We haven’t been seeing the same level of consistency as a team and, with Stage 4 starting, we decided to make the tough call to bring Teej back and improve upon where we last left off with him. https://t.co/0SIqj9cDTF

Huke has only represented LA Thieves in four series since he joined, with the team winning just one of them.

Following the news of his benching, Huke tweeted a rather cryptic but positive tweet, reassuring fans he is OK but also claiming: “Apparently there is something wrong with being happy nowadays.”

He follows this up by saying he’s excited to be “in an environment where I’m respected and can let my passion loose”, causing many to speculate he may be changing disciplines and could be linking up with the Valorant squad of 100 Thieves, the owners of the LA Thieves franchise.

im okay everyone! apparently there is something wrong with being happy nowadays lol. On a real note excited to be in an environment where im respected and can let my passion let loose again. Ill be making a youtube video soon explaining some things because its getting out of hand

Huke, who has already proven his worth by winning world championships in both Halo and Call of Duty, has previously suggested he could go pro in Valorant. According to James ‘Clayster’ Eubanks, who moved on from Dallas Empire at the end of last season due to the switch from 5v5 to 4v4, Huke had offered himself up to be the one to leave, saying he would try and break into Valorant’s pro scene instead.

However, a switch of this magnitude so deep into the seasons of both the Valorant Champions Tour and Call of Duty League is unlikely.

This comes just before the start of Stage 4 of the 2021 season, which will also see pros return to LAN for the first time in around 14 months for the end of stage Major.