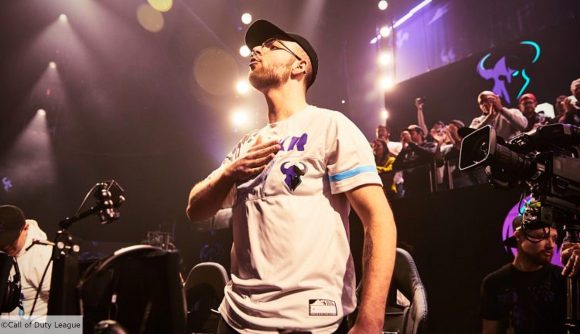 Minnesota Rokkr has decided to drop Adam ‘GodRx’ Brown from its Call of Duty League roster before the CDL Championship next month, despite the American playing in all of Rokkr’s regular season matches.

Prior to the CDL switching online – which has seen Rokkr’s form in the league drop significantly – GodRx was absolutely slaying at LAN events, with MVP-worthy performances as one of the team’s two AR players. However, he now finds himself dropped from the team. He switched to an SMG player recently, but this has seen GodRx struggle at the last few events of the season. While the decision to drop GodRx will be tough to take for both the team and the player himself, a Reddit AMA and video by Rokkr’s coaches explains why he has been replaced by 18-year-old prospect Kaden ‘Exceed’ Stockdale.

After consulting with the players and having discussions between ourselves, we realised that pacing was a big issue in our team,” says head coach Brian ‘Saintt’ Baroskai in the video post. “We have come to the conclusion that we are swapping GodRx and Exceed.”

“I honestly think [GodRX] was the best player in the game when we had him on LAN,” adds analyst Jake ‘Reppin’ Trobaugh. “His raw ability to take over the game is something we really appreciate and has allowed us to stay in Winners Bracket contention for as long as we did. With that being said, he was the slowest person on our team, and we really needed to throw someone into the mix that was much quicker.”

While GodRx admits in a tweet that his season has “gradually gone downhill” he will likely be devastated to have been dropped this close to Champs after doing so much for the team early in the season.

This whole year started off so good then gradually went downhill, I’m just going to be focusing on streaming for now and just wait until the next season. I wish nothing but the best for the team. Gotta come back stronger next season, love y’all. ❤️

This also saw concerns raised by fans during the coaches’ Reddit AMA about prize money, seeing as he contributed to the team placing eighth in the CDL which guarantees them at least $100,000 in winnings from Champs.

Saintt confirms that all players agreed before GodRx was dropped that he “would receive a portion of each player’s Champs prizing.” He adds that if Rokkr fails to win a series at Champs and goes 0-2, Exceed will give all of his earnings to GodRx as the new addition would have technically not contributed anything to the team in terms of results.