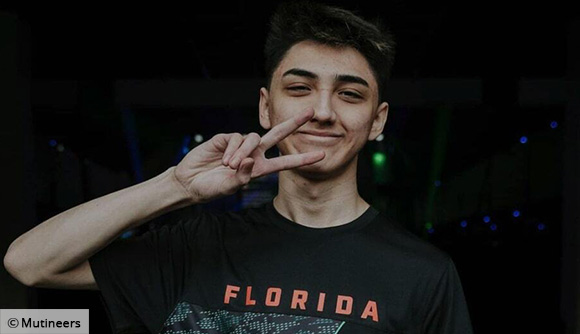 Call of Duty pro Maurice ‘Fero’ Henriquez has died at the age of 21, his family has confirmed. Over the course of his career, Fero represented a number of teams, including Team Kaliber, 100 Thieves, and most recently the Florida Mutineers in the Call of Duty League.

Fero’s family took to Twitter on November 10 to confirm his death. However contrary to previous reports that he had taken his own life, the family states that this isn’t the case.

“This is Maurice’s, aka F3ro, family”, their statement read. “We are saddened to announce his passing. We would like to state that he did not take his own life and he was not battling depression. We appreciate everyone’s love and support. We would also appreciate privacy at this time.”

Tributes have poured in since the news of Fero’s death broke. Call of Duty League says in a tweet it is “heartbroken”, stating that “his absence will be felt throughout the league and the entire Call of Duty esports community.”

Meanwhile, Florida Mutineers confirms the statement made by Fero’s family, reporting that his death had not been due to suicide.

Prominent members of the Call of Duty community, such as Nick ‘NICKMERCS’ Kolcheff and 100 Thieves owner Matthew ‘Nadeshot’ Haag, also paid their respects to Fero.

CoD scene lost a legend. Wasn’t super close to @f3rocitys but we played a few tournaments together, never lost. Played a million tournaments against each other, & I never fuckin’ won. Rest easy lil bro. Take care of each other y’all, life is precious.. ❤️

During his time at 100 Thieves, Fero finished in the top 12 at CWL Las Vegas , showcasing his ability and drawing plaudits from fans.

After initially failing to land a spot on a Call of Duty League franchise for its inaugural season, Fero spent some time playing in the Challengers amateur circuit. During this time he caught the eye of the Florida Mutineers, signing with them midseason in March 2020. Fero would go on to pick up three Home Series wins with the franchise, and had his contract extended in September to represent Mutineers in the upcoming 2021 season.