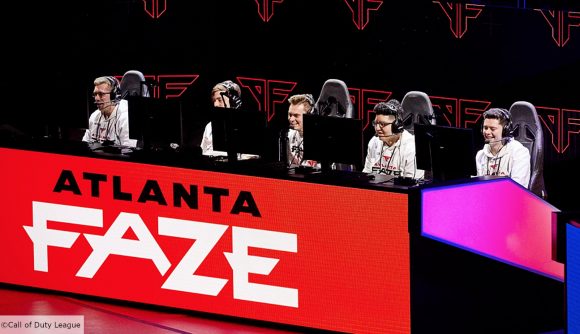 As one of the craziest Call of Duty rostermanias ever continues, two more Call of Duty League franchises have confirmed their four-man starting rosters for the 2021 season.

Minnesota Rokkr, which dropped every player from its 2020 team, has completely rebuilt, poaching two duos from other teams in the league. Dillon ‘Attach’ Price and Lamar ‘Accuracy’ Abedi join from New York Subliners, while Michael ‘MajorManiak’ Szymaniak and Preston ‘Priestahh’ Greiner move north from Atlanta FaZe. MajorManiak and Priestahh helped FaZe secure second place in the inaugural season, while Attach and Accuracy are long-serving veterans in the Call of Duty esports scene.

Rokkr was not the only franchise to confirm its roster for next season. After announcing the departure of MajorManiak and Priestahh, Atlanta FaZe soon revealed who would be joining the team to become its fourth player for 2021: Alec ‘Arcitys’ Sanderson. After leaving Chicago Huntsmen, Arcitys will now likely be the main AR player for FaZe. The 2020 runner-up has kept on Chris ‘Simp’ Lehr, Tyler ‘aBeZy’ Pharris, and McArthur ‘Cellium’ Jovel.

Arcitys, Simp, and aBeZy are now reunited, having previously won a Call of Duty world championship together with eUnited in 2019 – the final season before franchising came in.

DESTINY HAS ARRIVED IN 4V4 😈

And it’s teaming up with the Tiny Terrors, just in time for Cold War.

Rokkr and FaZe become the third and fourth franchises to officially confirm their starting rosters for the Black Ops Cold War season after reigning champions Dallas Empire and Chicago Huntsmen.

The decision to revert back to a 4v4 format for 2021 has seen massive roster shifts from almost all of the 12 franchises. With no new teams being added to the CDL, there will now be less starting roster spots for last season’s players.

Adopting 4v4 isn’t the only big change for next season. The CDL recently announced that it would be switching platforms from console to PC for the first time in Call of Duty esports history.