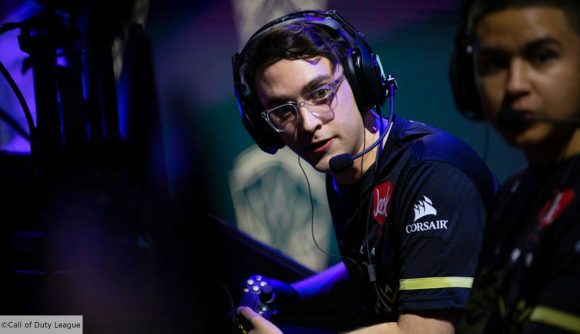 It infamously took Call of Duty pro James ‘Clayster’ Eubanks 1,400 days to win his second Championship, despite consistently being one of the scene’s top competitors. However, after breaking the curse in 2019 by winning Champs with eUnited, he’s now seeing the kind of frequent success many thought he should have achieved throughout his lengthy career.

Now 28 years of age, which in esports terms is around the time you’d expect people to be winding down, Clayster is swimming in titles as part of the Dallas Empire Call of Duty League team. Last weekend, Empire won its third Home Series of the year in what was a scarily dominant display. The team is now arguably the favourite to win the regular seasons’ final Home Series this weekend, which would see them head into the CDL Championship as the top seed.

But just how has Dallas – a team with two admittedly experienced but aging pros in Clayster and Ian ‘Crimsix’ Porter, and two unproven rookies in Anthony ‘Shotzzy’ Cuevas-Castro and Indervir ‘iLLeY’ Dhaliwal – managed to build themselves to the stage where they can win Home Series and drop just one map in the process?

“I think the overall practice we’ve been getting recently is the best practice we’ve gotten all year,” Clayster tells The Loadout following the London Home Series. “I think we’ve finally moved past the stage as a team where all the fundamentals of the game are instinctive at this point. Like how we hold hills, break hills, adapt in Search and Destroy, push flags in Domination – all this stuff that we’ve talked about for months.

“We’ve gone over and over it so much that we’ve now finally got it ingrained and instinctive. It’s natural, and it allows us to focus on just slaying and fragging out.”

Clayster was so impressed with how Dallas swept the floor with the opposition last weekend that he believes it was one of the most ruthless performances by a team he’s been on since he started competing.

“It was definitely our most dominant Home Series of the year – in fact, one of the most dominant wins I’ve ever been a part of in my entire career,” Clayster says. “Our lowest K/D was good for tenth best in the whole tournament which is insane if you think about it. That’s just pure and utter dominance. Our map pool is insanely strong, teams have a really hard time vetoing against us and it puts them in a hole sometimes, but yeah this weekend’s performance just came from our tireless practice.”

Heading into the final event of the regular season, the Toronto Home Series, Dallas are just ten CDL points away from current league leaders Atlanta FaZe. Clayster and co. have the momentum, but with all of the top four teams at the event, how does he rate Dallas’ chances of clinching the top spot from FaZe and go into Champs as the number one seed?

“Ever since the Launch Weekend where we lost to Chicago and Atlanta, we’ve been trying to give ourselves a shot for top seed, and now we’ve given us that chance. If we win the Toronto Home Series we get number one seed and it would be disappointing for sure not to win this tournament and go into Champs and Playoffs as the best team in the world. We gave ourselves a shot here, ten points behind FaZe, and anything less than number one would definitely be a disappointment for us.”

Find out if Dallas Empire can topple FaZe at the Toronto Home Series, which kicks off tomorrow, July 24, on the Call of Duty League’s YouTube channel.