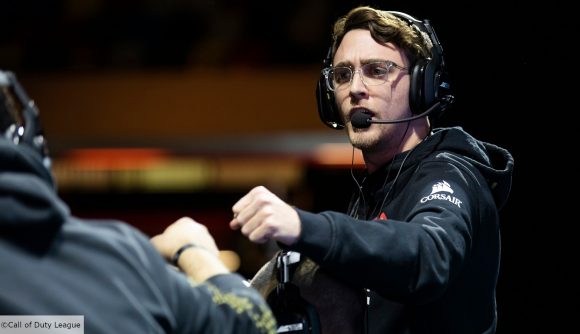 New York Subliners has announced that Call of Duty veteran and current world champion James ‘Clayster’ Eubanks will be joining its roster for the 2021 CDL season.

Last month, Clayster helped Dallas Empire become the winner of the inaugural season of the Call of Duty League. Just a couple of days later, it was announced that Clayster would be leaving Empire as a result of the league’s decision to change the format from 5v5 to 4v4 for the 2021 season.

It extremely likely that Subliners was going to be the team to sign Clayster. Rumours began to circulate, more so when he appeared alongside Ian ‘Crimsix’ Porter on the Nadeshot on Courage show with what appeared to be a Subliner’s hat in the background. While the hat was a little out of shot, Clayster has since confirmed that eagle-eyed fans were, in fact, correct, and Subliners will be his home for the next year.

The three-time world champion will join Thomas ‘ZooMaa’ Paparatto – who he previously teamed with in the mid 2010s at FaZe Clan – and Makenzie ‘Mack’ Kelley on the Subliners’ roster. The final piece of Subliners’ four-man lineup is yet to be revealed.

Extremely proud to announce I’m a part of the @andbox_official family on the @Subliners for the CDL 2021 Season alongside @ZooMaa & @MackMelts.

Lets get this bread! pic.twitter.com/zDM10XRqYw

The rostermania leading to the 2021 season has been more dramatic and chaotic than anyone expected. Teams have dropped and rebuilt entire rosters, and top talent like Clayster has changed hands due to the format switch.