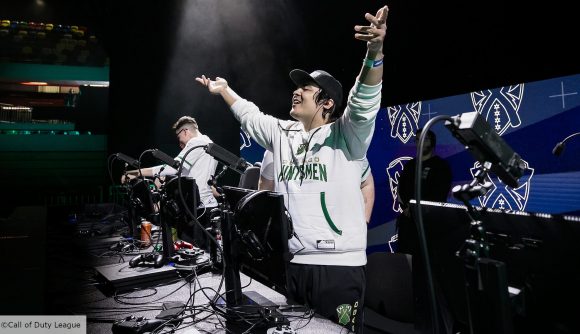 Chicago Huntsmen will enter the 2021 Call of Duty League season as OpTic Chicago, following the acquisition of the historic brand by NRG co-owner and CEO Hector ‘HECZ’ Rodriguez.

As first reported by The Esports Observer, Chicago Huntsmen – which is owned by NRG – will take on the OpTic brand that was attributed to the OpTic Gaming LA franchise in the 2020 Call of Duty League. This will be music to the ears of the ‘Green Wall,’ the nickname given to fanatical supporters of OpTic Gaming’s pre-franchising legacy in Call of Duty esports. HECZ, who was considered the lifeblood of the old OpTic, sold his majority stake in the team to Immortals Gaming Club prior to the franchise era and joined NRG to oversee Chicago Huntsmen, recruiting former OpTic titans Seth ‘Scump’ Abner and Matthew ‘FormaL’ Piper in the process.

Earlier this year, HECZ reacquired the OpTic brand from Immortals, and its LA franchise spot in the Call of Duty League was sold to 100 Thieves last week. While it seemed that there would potentially be too many hoops to jump through to bring the OpTic brand to Chicago, HECZ appears to have pulled it off.

The saga around the OpTic brand and 100 Thieves’ re-entry into Call of Duty esports has dominated an already chaotic offseason that has seen franchises have to shrink starting rosters from five players to four, causing widespread free agency and rebuilds.

This does now mean that two of the most supported and celebrated brands in competitive Call of Duty are being represented in the CDL.

As well as retaining Scump, FormaL, and Dylan ‘Envoy’ Hannon, the Chicago team has also brought in Brandon ‘Dashy’ Otell, a fan favourite of the Green Wall prior to the franchise era.