What can $25 million dollars buy you? A few dozen Ferraris? A couple of mansions in Beverly Hills? Or just one franchise spot in the new Call of Duty League.

The CDL is the first Call of Duty competition to have city-based franchises after the series’ publishers Activision Blizzard decided to bring it in line with another of its esports titles, Overwatch. The league has seen some big investors from the worlds of entertainment and traditional sports, as well as existing esports organisations, setting up their own CoD teams in cities across North America and Europe.

It has, however, seen a number of recognisable teams from the last few years of competitive CoD being either rebranded, like OpTic Gaming, or priced out of the league with the huge cost of the buy-in, such as 100 Thieves. The league has also been subject to a number of changes to its format and scheduling since it was first announced leaving many fans confused. One thing that has stayed the same since the first announcement, however, is the prize pool: A cool $6 million.

But who are the twelve teams, what are their rosters looking like, and what is the format and schedule for the all new Call of Duty League?

Which teams are in the Call of Duty League?

There are 12 city-based franchises in the Call of Duty League. They represent 11 different cities across North America and Europe.

The Call of Duty franchise teams are:

So let’s meet them, your twelve Call of Duty Global Series teams, and have a look at their shiny new rosters.

The 12 teams in the Call of Duty League have assembled star-studded rosters, containing some of the scenes most successful veterans and some promising youngsters.

There’s been plenty of trades, new signings, benchings, and retirements since the original rosters were announced at the start of the year, so here’s all 12 teams’ current lineups. 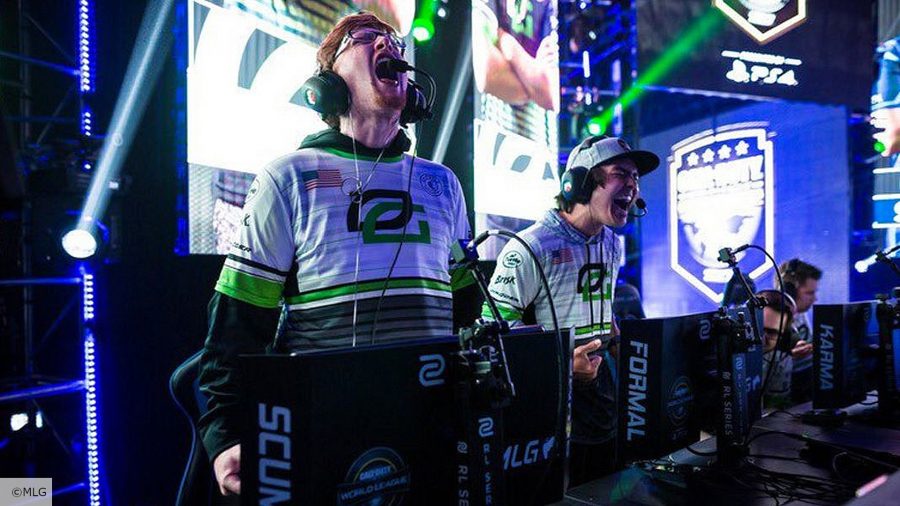 With all of last season’s teams disbanding and the city-based franchises picking up the talent they want to build their dream teams, the Call of Duty League started with a clean slate. While the players obviously have previous records, the teams themselves do not.

Related: The best esports teams in the world

Throughout the 2020 CDL season, three names looked to be on top and favourites for the title: Atlanta FaZe, Dallas Empire, and Chicago Hunstmen.

However, it was Dallas Empire who came out on top, beating Atlanta FaZe 5-1 in the final. Empire’s roster of Crimsix, Clayster, Huke, iLLeY, and Shotzzy were crowned the first ever winners of the Call of Duty League and collectively took home $1.5 million in prize money

In simple terms, the first Call of Duty League is a season long points-based league in which five-man teams battle it out to place as high up the league table as possible to give themselves a better chance at the playoffs.

The regular season began with the Launch Weekend – which was hosted by Minnesota Rokkr – in which all twelve teams will attend and play two matches.

The tournaments will split the teams into two groups of four. The two teams in each group that earn two wins progress to the semifinals, and the winners of the two semis face each other in the final. As well as the ten CDL Points awarded for each victory, the winner of a Home Series Event will receive ten bonus points, meaning event winners will achieve a maximum of 50 points (four wins and the ten bonus points).

At the end of the regular season comes the Playoffs, which will be a double-elimination bracket tournament that will be held entirely online due to the ongoing coronavirus pandemic. You can see more about the Championship’s format below.

Teams will be competing for a total prize pot of $4.6 million during the Championship, with the winners scooping the top prize of $1.5 million. 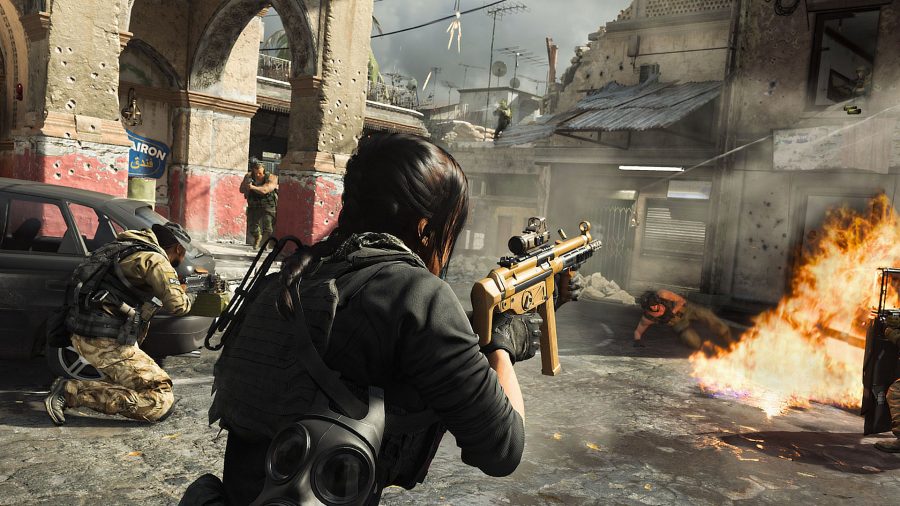 From August 19 through to August 30, the Call of Duty League will determine its first champion with the CDL Championship.

This will be a double-bracket elimination tournament, with teams being placed further along the bracket (and thus closer to the grand final) depending on their seeding. This is determined by the position they placed in the CDL regular season table.

To see how the bracket will work and where each seeded team will be placed, check out the CDL’s live bracket page.

The Championship is played across two weekends. Firstly, the CDL Playoffs will see teams face each other in the usual best-of-five format, progressing along the Winners and Elimination brackets. The Playoffs will end with just four of twelve CDL teams remaining – two in the Winners bracket finals and two in the Elimination bracket finals. Both finals will be played in the Championship Weekend.

The Championship Weekend (August 29-30) will host the two bracket finals and then the Championship Final, where the CDL’s first champion will be decided.

All series across the Championship Weekend will be extended to best-of-nines. Eight maps will be played (three Hardpoints, three Search and Destroys, and two Dominations) with the team that came through the Winners bracket getting a one map advantage.

The regular season of the inaugural Call of Duty League began on January 24 with the Launch Weekend in Minnesota. There is then 12 Home Series Event weekends in each of the franchise cities, which are at an interval of every one to three weeks. The final Home Series Event will be played from July 24-26.

There will then follow the Call of Duty League Championship Weekend, but the date hasn’t yet been revealed by Activision Blizzard.

The full lineup of events for the 2020 CDL can be found below, along with the winners of the events that have already taken place in brackets. Note that from the Dallas Empire Home Series onwards, all games are played online due to the coronavirus pandemic. The individual match schedules for these events can be found on the Call of Duty League website.

The regular season of the 2020 Call of Duty League has now concluded, and here is how the standings ended up.

Atlanta FaZe finished as the top dogs of the regular season thanks to their insane consistency. They reached six Home Series finals, and won two of them.

Teams’ positions in these final standings now translate to their seedings for the CDL Championship. In the instances where teams have the same amount of points, their head-to-head win percentages from throughout the season are used to place one above the other in the standings.

The inaugural Call of Duty League season will have a total prize pool of $6 million.

The majority of the overall prize pot will be up for grabs at the Call of Duty League Playoffs. Teams will be playing for $4.6 million, with the eventual winner of the league walking away with $1.5 million.

Which game modes are played in the Call of Duty League 2020?

The 2020 Call of Duty League will see teams compete in three of Modern Warfare’s game modes: Hardpoint, Search and Destroy, and Domination. Domination makes its return to competitive Call of Duty having not featured for a number of years. 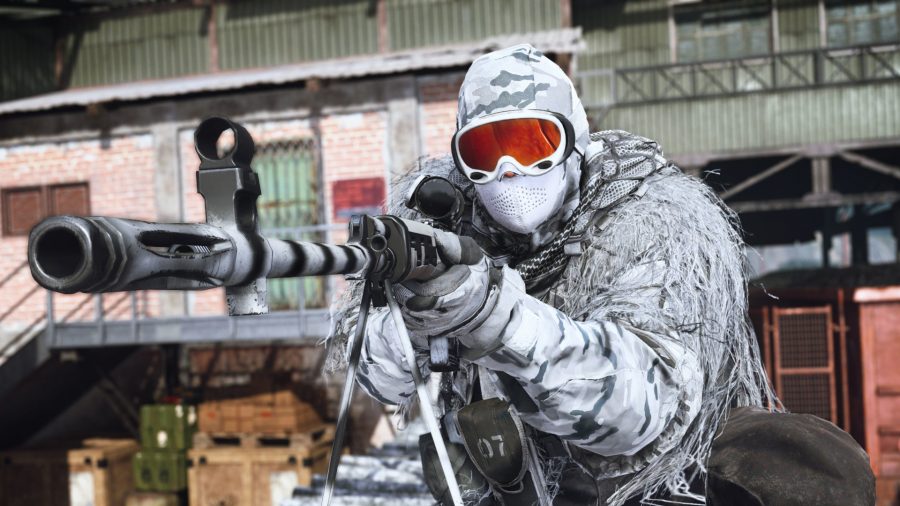 As is usual at competitive esports events, there is a restricted map pool for each mode. There are five available maps for Search and Destroy, five for Hardpoint, and three for Domination. The map pools can be found in the section below.

Which maps are played in the Call of Duty League 2020?

The Call of Duty League has a restricted map pool for its three game modes. There are seven Search and Destroy maps, six Hardpoint maps, and four Domination maps. The full list can be found below. 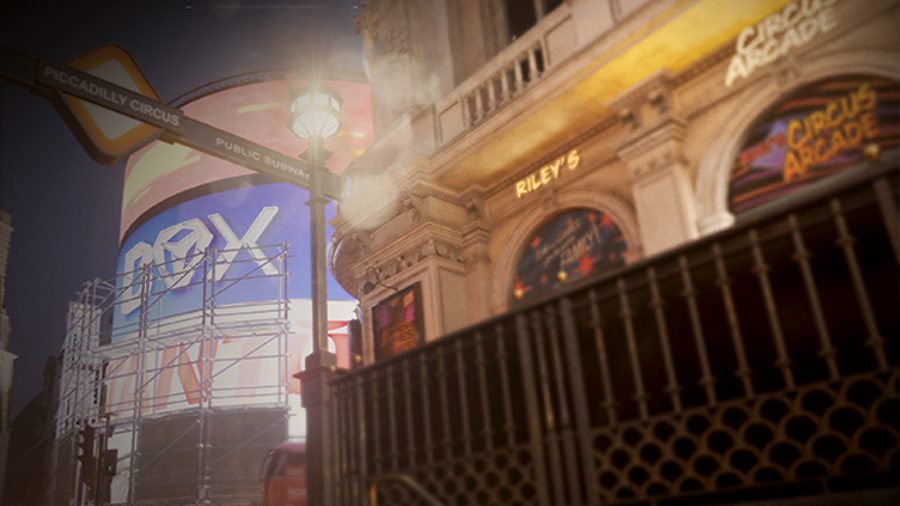 Why is there franchising in the Call of Duty League?

The publishers of the Call of Duty games, Activision Blizzard, decided to apply the franchise model to Call of Duty esports to bring it in line with another of its esports titles, Overwatch.

The Overwatch League, which will enter its third season in 2020, saw investors and esports organisations purchase spots in the league, which is overseen by Activision Blizzard, and create city-based teams to compete against each other.

Related: The biggest esports games in the world

This is the same model now used in the Call of Duty League. 12 spots were purchased at a price of $25 million a piece. The 12 teams are based in 11 cities across North America and Europe.

While franchising makes it harder for teams to break into the league as it requires a lot of money upfront and there is no promotion or relegation, it is done to achieve stability and is seen to be a step towards the professionalisation of esports.