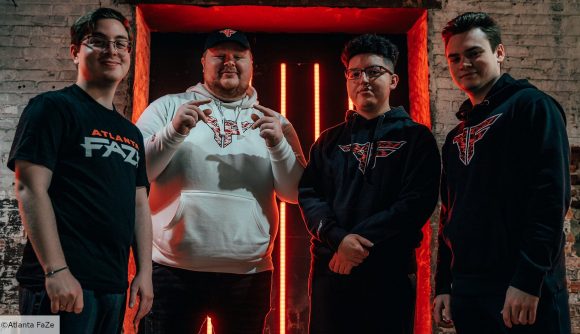 When you’ve made it to the final of all four Call of Duty League majors so far in 2021 (and gone on to win three of them), it can often be difficult to see where a team that dominant can strive to improve.

For Atlanta FaZe, which has achieved just that, the focus now is on one thing: being confident in any possible situation by having an unbelievably strong map pool. This was something Alec ‘Arcitys’ Sanderson and Tyler ‘aBeZy’ Pharris preached after the Stage 3 Major, saying that FaZe wanted total confidence across all maps and modes so that it has no auto vetoes by the time this year’s CDL Championship arrives.

So, following the team’s Stage 4 Major victory against Dallas Empire, The Loadout checked in on FaZe’s progress with Chris ‘Simp’ Lehr and McArthur ‘Cellium’ Jovel. Despite being taken all the way to the final game in a nine-map final, Simp reveals that significant progress has been made towards achieving total map pool confidence.

“[We are] probably at like 80-85% at this point,” he says. “I think for the most part we know all [the potential] situations and what we want to do on most of the maps, but there’s probably one or two in Search and Destroy, one in Hardpoint, and one in Control as well that we’re still getting on top of. I think we’re really good at every single map besides [those].”

Cellium agrees, saying that with a last push of hard work during Stage 5 to perfect those remaining three or four maps, FaZe will enter the end of the season with “the best map pool out of any team” in the league.

While Simp and Cellium were asked which maps in particular made up that remaining 15% to master, the duo kept their cards close to their chests.

Despite FaZe losing just four CDL series the entire year so far, its players and coaching staff appear to be leaving nothing to chance as Champs creeps ever closer.