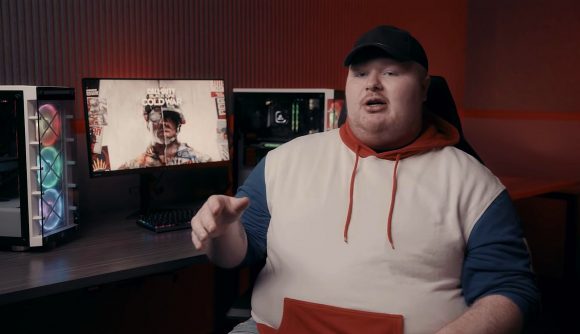 It was a surprise to almost no one that the first Call of Duty League Major final of 2021 would be a repeat of the 2020 CDL Championship final between Dallas Empire and Atlanta FaZe. While Empire’s players walked away from that clash with world championship rings, FaZe just got its revenge at the Stage 1 Major, blowing Empire away 5-2 in the best-of-nine final.

Coming into the final with a ridiculous Search and Destroy record and zero maps dropped in its winner bracket run, FaZe carried on its momentum to bury Empire. But in the final moments of the series-winning Search and Destroy on Raid, there was a flash of showmanship against Call of Duty’s most decorated player that really got people talking.

With FaZe just one round of Search and Destroy away from being crowned Stage 1 Major winners and three-time world champion Ian ‘Crimsix’ Porter the only player left alive for Empire, FaZe all bunched up and penned him into a corner and looked to finish the job with a tilting assassination.

While the final kill eventually went by the way of Alec ‘Arcitys’ Sanderson’s Diamatti pistol, sparing Crimsix the ultimate humiliation of an assassination, the moment of bravado – along with Chris ‘Simp’ Lehr shooting bodies – was quite surprising from a team that had been so calm and clinical all tournament.

“We’d played a best of nine, it had been like two hours and 50 minutes, and I said to the team: ‘We gotta have some fun at the end,’” Arcitys tells The Loadout in a post-final press conference. “That was just three hours of passion and going super hard, and you rarely do that in Call of Duty, it’s rare there’s three hours of non-stop action. We’re just trying to have fun. I’m the oldest on the team and I’m 22. We gotta have some fun to play Call of Duty, and that was just the icing on the cake.

“We tried going for [the assassination] but [Crimsix] wasn’t being a good sport for it – he didn’t give it to us!”

Teammate Tyler ‘aBeZy’ Pharris also says that, if the circumstances are right, the ‘FaZe mob’ could become something of a calling card for the team.

“I mean if we’re really frying and doing really well, and say it’s in Control and we’re up a lot of lives, we might try to do it,” aBeZy says. “It’s just funny, and the viewers enjoy seeing things like that happen. So possibly, it could happen in the future, but we’ll just wait and see.”

With FaZe clearly feeling insanely confident, it’s hard to bet against the side being favourites for Stage 2 of the 2021 Call of Duty League season.

Atlanta FaZe currently top the league table with 125 CDL Points and are yet to lose a series.