It’s pretty safe to say that no team has had a more turbulent start to the 2021 Call of Duty League season than New York Subliners. Even before the matches began, visa issues for French rookie Paco ‘HyDra’ Rusiewiez and an unforeseen, career-ending injury to the experienced Thomas ‘ZooMaa’ Paparatto saw the team’s plans change.

Then ensued a role swap for Makenzie ‘Mack’ Kelley from AR to sub, the promotion of rookie Conor ‘Diamondcon’ Johst from the Subliners’ academy team, and the addition of seasoned CoD pro Obaid ‘Asim’ Asim at short notice. The chaos has even followed Subliners throughout Stage 1 of the season when you look back at the fixtures. Going from back-to-back 0-3 defeats, to back-to-back 3-0 victories, to being reverse swept by Dallas Empire, Subliners have had pretty mixed results.

Despite all of this unpredictability and turbulence, Subliners will head to the first CDL Major of the season in the winners bracket, with all four players showing commendable form considering their lack of preparation and consistency.

But which Subliners will we get at the Stage 1 Major, and what are the players capable of achieving?

“Our whole gimmick and [motto] we were saying before Super Week was that we were all just going to have faith in each other,” Asim tells The Loadout. “I think that’s what led us on to believe in ourselves and show a level of teamwork we haven’t even seen in practice. Having that belief makes it so we think we can win this major. We’ve competed with the best and the last of the two losses [against Dallas Empire] we felt we should’ve won, so the sky’s the limit for us. Honestly, there’s nothing else the team is expecting than a dub.” 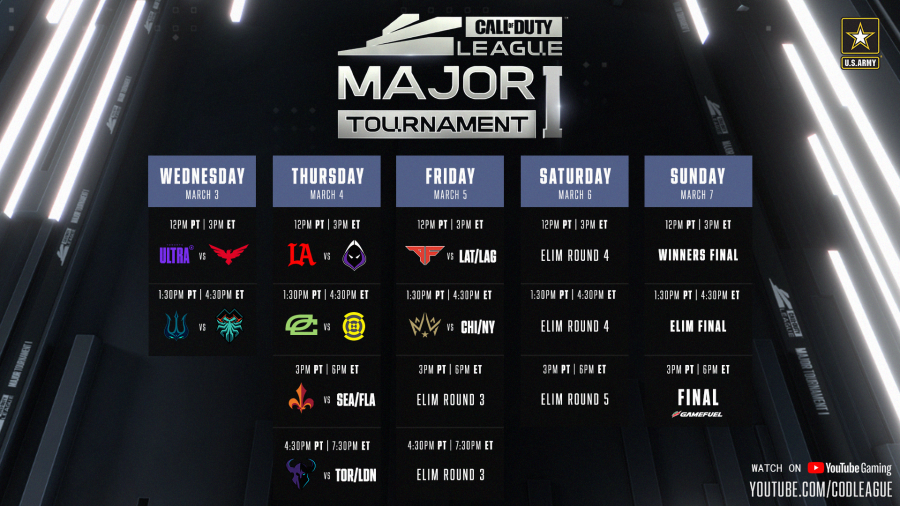 Asim’s sentiments are echoed by three-time world champion and leader of the team, James ‘Clayster’ Eubanks, who says anything less than winning the first major of the season would be a “disappointment” and a “failure.”

Clayster is also full of praise for his teammates – each of whom have had to either step in, step up, or step into a new role – and even himself, saying he’s probably playing his best Call of Duty for “six years.” This is despite being on a championship-winning team for the previous two seasons.

Who’s who? Meet the Call of Duty League 2021 rosters

The veteran was also full of praise for Diamondcon, who is showing flashes of brilliance in his maiden season.

“Diamondcon is kind of unknown in a sense,” he says. “Not a lot of people knew who he was. I didn’t even know – I’d never really talked to him before I started teaming with him. He won the amateur champs last year with a good buddy of mine, Tyler ‘FeLo’ Johnson. FeLo told me a lot about Diamondcon. [It got me] really interested in him, as that was a recommendation and vouch from a person I trust a lot.

Is that a rookie playing pros for the first time in a competitive match with a T5 KD over a weeks long worth of matches?!?!??! GOOD LORD @Diamondcon_ https://t.co/X1QJAROt4r

“His level of performance since has been out of this world for a new player coming into the league. I think he ended the first two weeks with a top six K/D or something. K/D isn’t everything, but for a brand new player in the CDL to be on a list with the established names, it’s gotta feel good for him. The more confident and inspired he is, the better he’s gonna play.”

Subliners face OpTic Chicago for the first time this season in round one of the winners bracket on March 4. A victory will result in a rematch with Dallas Empire, who managed to reverse sweep Subliners during Super Week.