On paper, you could argue that not a lot has changed for London Royal Ravens as we head into the second season of the Call of Duty League. Three of last year’s impressive roster that made it all the way to Championship Weekend will keep their spots, and the coaches that guided them there remain too.

However, while exciting new addition Alex ‘Alexx’ Carpenter from Minnesota Rokkr has captured fans’ attention recently, there has been an elephant in the room for Royal Ravens – the decision to part ways Bradley ‘Wuskin’ Marshall, one of the CDL’s stand out players in 2020, and his twin brother Matthew ‘Skrapz’ Marshall.

In addition to all of the transfer drama surrounding this offseason, franchise teams also have a brand new game in Call of Duty: Black Ops Cold War to contend with and a global pandemic that continues to cause logistical problems. Despite this, optimism is definitely in the air for Michael ‘ODEE’ O’Dell, managing director and co-owner of London Royal Ravens.

With his 2021 roster complete, ODEE talks The Loadout through the process of building the team, why Sean ‘Seany’ O’Connor, Trei ‘Zer0’ Morris, and Dylan ‘Dylan’ Henderson deserve to retain their spots, and why he believes Royal Ravens can impress yet again in 2021, regardless of format and the moves their rivals have been making.

The Loadout: Let’s start by talking about the offseason. What was the process behind putting together Royal Ravens’ 2021 roster?

ODEE: I think the offseason seemed to start so quickly after the season ended. And we’d just done really well and placed fourth, which I think doesn’t get highlighted enough. So, the team did really well, got fourth at Champs, but we went almost straight into: ‘Okay, where do we go from here? Where do we want the team to be in 2021?’

Obviously, that’s a difficult choice. I think [that was the same for] every team with the change to 4v4 from 5v5, and it was just working out how best we can put a team together. We literally started with a clean slate in our minds, and with the coaches we decided which direction we’re going to go.

Obviously, Seany was outstanding coming in, especially from a sub role, even when he wasn’t originally going to come straight into our lineup last year. Because of COVID, we couldn’t get Nastie out to America, but Seany did fantastically. So the coaches decided to move him into the main role and said: ‘Let’s build around him and put the team together that way.’ And that’s kind of how it went.

With Dylan, he’s such a talent – that’s a no-brainer to get him back. And then also with Zer0, we need a leader. And then just to finish it off, bringing in Alexx, who most of them have played with before.

Despite retaining Seany, Zer0, and Dylan, there was quite a gap between confirming Seany and the full roster. What was the reason for that? Was it a case of contracts for Zer0 and Dylan, or was it giving them time to decide?

To be honest, we just wanted to make sure that the announcement was pretty cool. It’s simply that. We didn’t have to announce it quickly. There’s a little bit of animation in the announcement video and that animation takes quite a while to get done, even if it’s small, because it’s all hand drawn.

Was Alexx always an early candidate to be that fourth player? Or did you pursue anyone else?

Yeah, Alexx was an option quite early. We believed that he wouldn’t be with Minnesota for the second season. So we were keeping an eye on him towards the end of the 2020 season, as you’ve obviously got to be thinking about the next season when you’re running a team.

I remember ReKT’s founder and chairman Amish Shah saying previously he’d always be open to signing “a Clayster” or another star player who wasn’t necessarily in line with the UK branding of Royal Ravens. Was it not tempting, with so many players dropping and being moved around, to not pick up some of the big NA names?

As was said in some interview a while back, yeah we did speak to James ‘Clayster’ Eubanks last year. So no, there was never any set intention not to have any American players. The goal was to always build a team that can literally be a team, grow together, and win together through everything. So that’s kind of what we look for.

We still need to fill a sub spot, and that could be anyone. The league has just announced the Challengers Scouting Series for next month, so we’ll be looking at that very closely. There could well be somebody else on the team from another country, but we don’t know where from or who yet. We haven’t looked that deep into it.

Away from this year’s roster, let’s talk about two players who aren’t going to be on it – and probably not on any CDL roster for that matter – Matthew ‘Skrapz’ Marshall and Bradley ‘Wuskin’ Marshall. I think a lot of fans were surprised and maybe a bit disappointed to see them go, particularly Wuskin after his 2020 performance. What went on with the twins?

When we actually released the twins I said to both of them that they should get on a team. Obviously, as you just said, it doesn’t look like they will. But I’m sure they’ll be in Challengers because both of them are highly talented players. 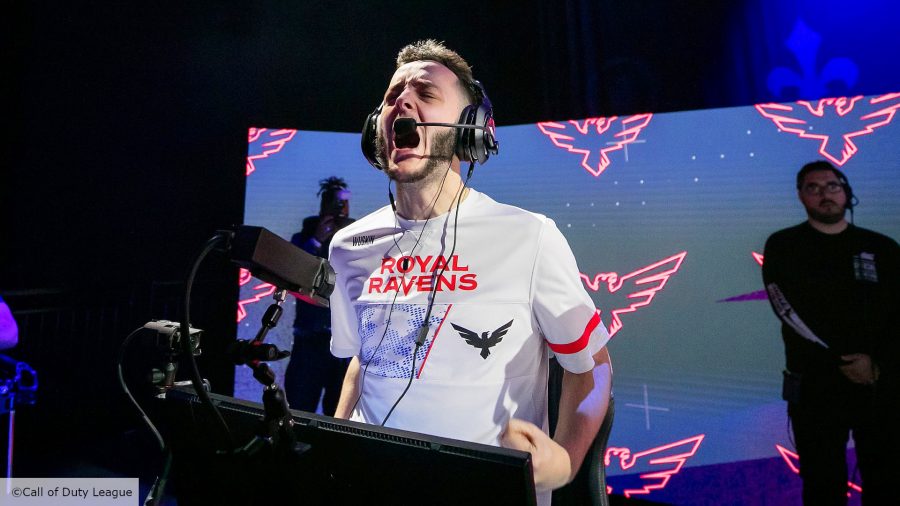 Of course, dropping to 4v4 from 5v5, somebody always had to go. It’s just the way that we built the team around Seany and Dylan that was best for the team moving forward. And that’s simply the decision we came to.

It was fun working with them. And yeah, I’m sure that they’ll be back on a team – maybe when the CDL expands hopefully sooner rather than later. I’m sure they’ll be back, and like I said to them, they could be back with us at some point in the future. We don’t know.

I will always look out for those two - and they know that.

I’m thinking about how many players have come back to teams over the years. We can understand from the fans point of view. But we hope that our fans can get behind this new lineup, and we can go into next season and do well with it, and hopefully make a lot of people happy.

So no bridges burned between you and them?

No, definitely no bridges burned. I will always look out for those two – and they know that.

There’s been plenty of rumours, reports, and speculation over next year’s format due to the ongoing pandemic. Has any movement towards a final decision on that been made by the team owners and the CDL, and what’s your preference for next year?

I think Activision Blizzard is very proactive in looking at what’s going on in the world right now. And obviously COVID is having a second resurgence. So yeah, I think they’re looking very closely. As part owner of the team, I get to hear a lot of the high-level stuff, which obviously, I can’t say in any interviews, but I just know that Activision will do its best to actually make it a really good viewing experience, and that’s the main thing.

Obviously, we all want to play on LAN. If we have to play online while this horrible COVID is around, that’s what we have to do.

What have you made of the crazy offseason we’ve had, especially in regards to some of the franchises using the switch to 4v4 to go for complete rebuilds?

To be honest, I really shouldn’t be commenting on how other teams are putting their lineups together. For me, as long as the players that deserve to be in the league are in the league, that’s all that’s important. I won’t comment on other rosters – that’s not my job. I just concentrate on my one and obviously, with the Challenger stuff announced, the next job is to be looking at that and hopefully picking up a decent Challenger lineup.

I also can’t wait for the new game to come out.

So a full second team competing in Challengers is definite then for 2021?

I would say it’s highly likely, let’s put it that way. That’s what we want to do, so hopefully that can happen.

What’s the course of action ahead of the season starting, which will presumably be early next year? When are players and coaches heading out to the US?

Well going back to your first question about what it’s been like, I can tell you it’s been really weird, especially for us because we have to make some really hard decisions. Right now we have three players in our American base, who all wanted to come back [to the UK] for Christmas. But to be honest, it’s probably safer for them to stay out in America. It’s their choice – they could come back anytime they want. But it’s just really hard to actually get back in at the moment.

We currently have one player and our coaches that we need to get out to the States. Our immigration lawyers are working and doing everything they can to make that happen.

I’m sure we’ll be alright. But yeah, it’s just been pretty difficult.

Like you said right at the beginning, Royal Ravens really excelled in 2020, reaching Championship Weekend and placing fourth. Looking ahead to the 2021 season, can you see them doing the same, if not better?

I think we can definitely do it again. I think that with every team I’ve ever run, I go out there to win. It’s just my nature. And really a lot of that [in 2021] will be putting more development into our coaching staff to help the team go out and do the best that they can.

I never make predictions – that’s dangerous in esports! But I’m confident that we will do well. We’re aiming to do well with literally everything from sleeping to eating, and we’ll be looking at trying to balance everything to help them achieve their best on game day.