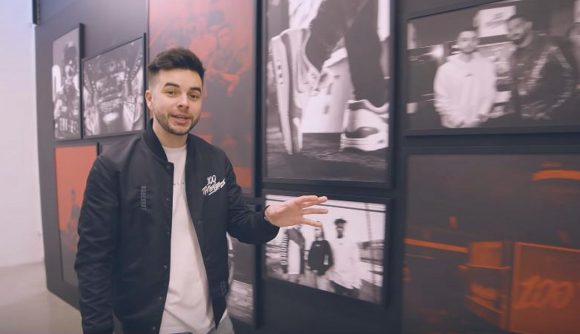 Despite claiming on multiple occasions that 100 Thieves would not explore joining the Call of Duty League, the team’s founder and CEO Matthew ‘Nadeshot’ Haag has been playing up to current rumours that his team could return to competitive Call of Duty.

After last week’s shock reports by The Esports Observer that Hector ‘H3CZ’ Rodriguez is poised to acquire the OpTic Gaming brand from Immortals Gaming Club and potentially sell off its CDL spot, many fans of Call of Duty esports have speculated that Nadeshot and 100 Thieves would be the ones buying the spot from him.

Nadeshot, who represented OpTic Gaming while H3CZ was at the helm, has previously said that the cost of a CDL spot was just too high for 100 Thieves, but a popular theory with fans is that H3CZ could sell the spot to Nadeshot for a more favourable and affordable price. An even wilder theory also involves one of the planet’s biggest streamers, Guy ‘Dr DisRespect’ Beahm.

Earlier this year, Dr DisRespect hinted that he would love to be a team owner in the CDL, and has on a couple of occasions alluded that he is working on creating a San Diego-based team. Now many think The Doc and Nadeshot could even team up to co-own a CDL spot and will purchase the OpTic spot from H3CZ.

After seeing all these wild theories circulating, Nadeshot decided to have a little fun with his followers on Instagram, posting a picture of him standing alongside Dr DisRespect and H3CZ along with the caption: “Mount Rushmore.” He had also earlier in the week posted a photo of him clutching Call of Duty World League trophies.

While this sent fans of the old OpTic, 100 Thieves, and Dr DisRespect into raptures, the truth is that this is likely just some light-hearted teasing from Nadeshot.

With the CDL being “oversubscribed” for spots, according to the league’s commissioner, there’s a good chance there are plenty of investors still waiting in the wings. It’s likely that if H3CZ does end up acquiring OpTic Gaming and selling the spot that he will sell to one of these investors instead, especially as Nadeshot has repeatedly said it is not the right move for 100 Thieves.

Despite the reports that its spot could be sold off, OpTic Gaming LA is still continuing to flesh out a roster for the 2021 season after confirming the re-signing of Thomas ‘TJHaley’ Haly over the weekend.