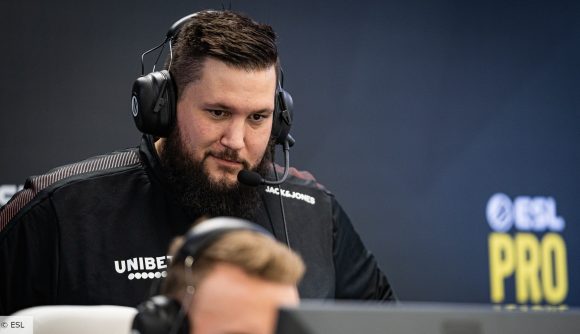 BLAST Premier events will still permit Counter-Strike: Global Offensive coaches in the same room as their players, according to the tournament organiser, despite recent rulings for Valve-associated events prohibiting it.

In a statement ahead of the BLAST Premier Spring group stage from BLAST’s newly-appointed commissioner Andrew Haworth, the tournament organiser’s position on the matter was made clear, saying it would permit coaches to communicate with their players and be in the same room as them during matches. This is something Valve has now banned for upcoming Regional Major Ranking events (which see teams earn points to qualify for the PGL Stockholm Major in October) following the rampant abuse of CS:GO’s coach spectator bug that continues to be investigated by the Esports Integrity Commission.

“We believe that the mechanisms we have in place enable us to listen and observe coaches actions when they are on the server and in the room with the players,” Haworth reassures in the statement.

He also goes on to say that coaches “provide a vital role in the professionalism of esports, improving quality of play and team performance.”

The decision has been widely met with praise from not only coaches but the wider community. Organisations Astralis and G2 have voiced their support in the comments of the announcement, as has on-air talent such as Chad ‘SPUNJ’ Burchill and James ‘Banks’ Banks.

NEWS | #BLASTPremier will allow coaches to communicate with players and be present in the room during this month’s Spring Groups.

While BLAST is free to do this as this event does not offer RMR points and therefore falls outside of Valve’s rules, it is still a big statement against the CS:GO developer’s decision.

BLAST also says while this decision will affect the Spring Groups, it will continue to monitor the situation for future events.

The BLAST Premier Spring Groups kick off in February 4, and feature BLAST’s 12 partner teams from across Europe, North America, and South America.