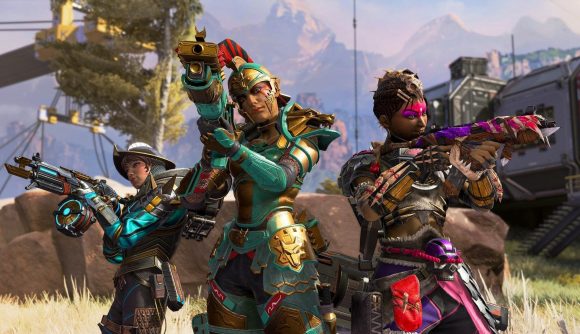 The first half of the 200 teams that will make up the very first Apex Legends Global Series Pro League have been revealed, featuring some of the ALGS’ regional champions from last season’s Championship and several major esports organisations.

Earlier in the year, Respawn and EA revealed that the Global Series would undergo a major transformation for Year 2. Two tiers of competition would be set up: an open Challengers Circuit and a more established Pro League for the top teams in Apex esports, with promotion and relegation between the two tiers after every split. Each of the five Global Series regions would have its own Pro League, each housing 40 teams. For Split 1, half of these teams would be invited (these are the teams that were revealed today) and half would qualify via Preseason Qualifier events.

In North America, the region’s reigning champion Kungarna is among the invited teams, as are several teams fielded by top-tier esports orgs such as Cloud9, Sentinels, TSM, and NRG.

APAC North contains the likes of LFTpko, the South Korean trio that racked up the most Global Series ranking points across all regions last season when they represented T1. Reigning APAC North champion FENNEL is also back to defend its crown.

In APAC South, the region’s champion WOLFPACK ARCTIC will be in the Pro League, albeit with a slightly rejigged roster. Thai trio Tom Yum Kung – which was second only to the LFTpko roster in the ALGS worldwide team rankings – also receives an invite.

Finally, in South America, Team Singularity has scooped up two members of the region’s Championship winners Paradox Esports, and is arguably the most notable name to get an invite into the South American ALGS Pro League.

Here is the full list of the 100 teams invited into the ALGS Pro League, along with their rosters.

As well as lots of exciting team news, a new Apex Legends Global Series Talent Search has also been launched. This competition will scour the North American Apex community to find some new additions to the ALGS broadcast team. If you’re a budding caster, host, or analyst, you may want to enter this competition on September 10.

Keep your eyes peeled for some more ALGS insight from commissioner John Nelson next week on The Loadout.