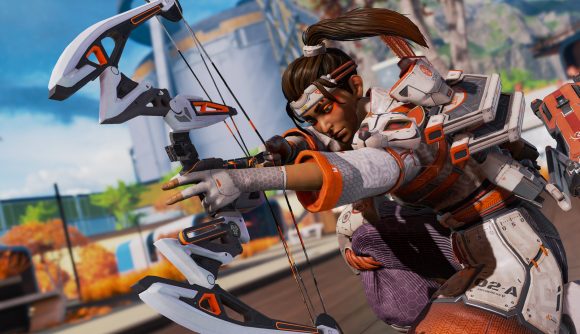 The Apex Legends Global Series has opened the floor to console competitors for Year 2, and has taken the bold step in becoming one of the very few esports to permit full cross-play. There is no segregation or separate competitions for players on different inputs or platforms – it’s all one big arena.

It’s no secret, however, that in almost any FPS game there are advantages and disadvantages to competing on a controller versus a mouse and keyboard, or on a console versus a PC. Whether it be frame rate, aim assist, or FOV sliders, there are plenty of aspects that spark debate. Apex is no different, and with both the console and PC factions colliding for Year 2, ALGS commissioner John Nelson says that maintaining a strong relationship with the game’s development team and trusting its ability to keep the game balanced is essential for cross-play competition.

“We have a really close relationship with the Respawn development team,” Nelson tells The Loadout. “[It’s really great] being able to communicate with that team on a daily basis in terms of new legends that are coming out in future seasons, different meta changes, and gameplay balance.”

One of the biggest gameplay changes made to Apex Legends in a long while was recently announced by Respawn – the removal of tap-strafing, a movement mechanic that allows mouse and keyboard players to perform extremely sharp mid-air turns. While the change was recently pushed back due to some issues found during testing, when it eventually arrives it will go a long way towards levelling the playing field between controller and mouse and keyboard players when it comes to movement.

Movement is sacred in Apex. We weigh every change to these systems carefully and value feedback.

After further testing, we’ve concluded we need to take more time to get this right to make sure related movement mechanics aren’t caught in the cross-fire.

When asked whether the ALGS, knowing it was heading into a cross-play competition, had any influence in the decision to remove tap-strafing, Nelson says that “ultimately, decisions around gameplay are with the development team.”

He does, however, praise the Respawn team for working on creating a balanced experience for all players.

“One of the things that I really appreciate about Apex Legends is this delicate balance between PC players and console players. The fact that at the highest level of competition, there are players who are using keyboard and mouse, and there’s players that are using controllers – it’s not common in esports to have that sort of balance. And it is a delicate one.”

Nelson admits that only “time will tell” as to whether the tap-strafing change, in isolation, will close the gap between the two factions of players when it comes to movement, but he’s confident that everyone can be satisfied in this cross-play era of Apex esports.

“The Respawn development team always has the players’ best interest at heart and in keeping a game that was developed for competition to continue to be at that highest level of competition,” he says. “It [the tap-strafing removal] probably won’t be the last change that comes to Apex Legends and I know that that team will continue to keep this ever-evolving game as balanced as it possibly can be.”

Year 2 of the Apex Legends Global Series is currently underway, with teams in all five regions competing in Preseason Qualifiers for a spot in the ALGS Pro League.