Ubisoft is having a lot of issues as a company right now, from a mass exodus of developers to a controversial non-fungible token (NFT) push that went down poorly with the majority of the gaming community. But, something you may have forgotten happened in 2021 is that Ubisoft unveiled its plans for the future of the Tom Clancy franchise – and no one seems to be overly keen on what the French publisher has in store.

With a new focus on free-to-play, competitive multiplayer experiences, Ubisoft unveiled three new Tom Clancy-branded games this year: The Division: Heartland, XDefiant, and Frontline. Ever since their respective unveilings, these games haven’t really been seen or heard from (bar a few developer updates on XDefiant). The reception to Frontline, in particular, was so poor that its technical tests and playtests for the public were cancelled just days after the game was unveiled.

Add to this that Ghost Recon Breakpoint, a game that wasn’t well-received to begin with when it launched in 2019, has become Ubisoft’s test-bed for its loathed NFTs, and I don’t think we have seen a franchise fall from grace as fast as Tom Clancy has in 2021. While Ubisoft has just greenlit a Splinter Cell Remake, which is a series fans have been asking to see return for years, many felt this announcement was made only as a response to the negative press around the company’s NFT push. It’s also a game we likely won’t see until late 2023 at the earliest.

So what is the current status of all these upcoming, free-to-play Tom Clancy games that Ubisoft promised us this year?

Despite being the earliest of the trio to be announced, The Division: Heartland has had no follow-up content or trailers. As a result, it has been hard to gauge if there is really any fan excitement for it. The Division is a popular series, but it is unclear whether players want a free-to-play blended PvPvE experience from it. Playtesters are also under NDA and Ubisoft hasn’t shown off a single second of gameplay yet, although a bunch has leaked.

Elsewhere, XDefiant feels like Ubisoft’s attempt to take on games like Overwatch with fast-paced action, tons of customisation options, and character classes with unique abilities. 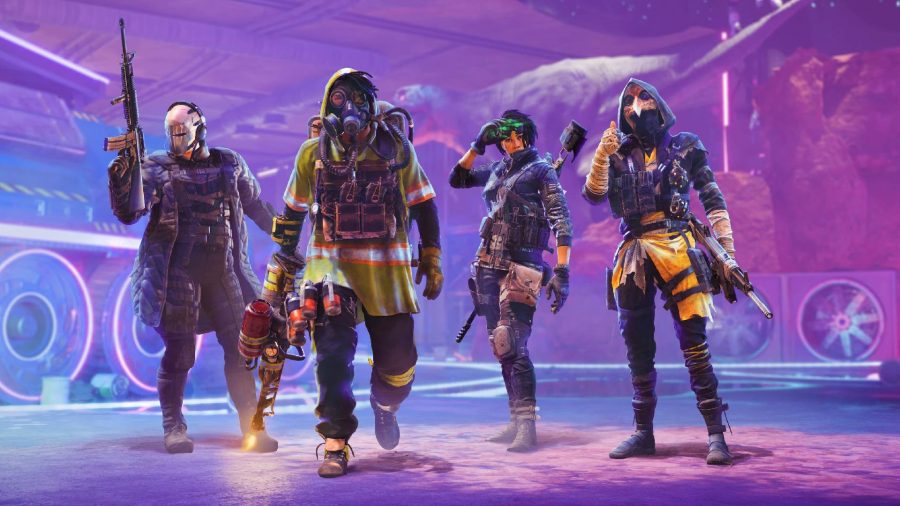 But, its reveal felt shockingly off the mark with an experience that doesn’t stay true to the brand and a style, name, and vibe that bewildered the internet. XDefiant previews from playtests were also not that great, with players and YouTubers saying the game felt unbalanced due to the character abilities and not very fun as a result.

Then, a few months later, Ubisoft thought it would announce its second multiplayer Ghost Recon game in less than a year, Frontline, and this is when the wheels fell off the cart completely.

The fan reaction was one filled with anger, disbelief, and disappointment. Frontline was effectively an evolution of a battle royale with teams that fight to be the last one standing, while also trying to complete an objective at the same time and top the leaderboard. 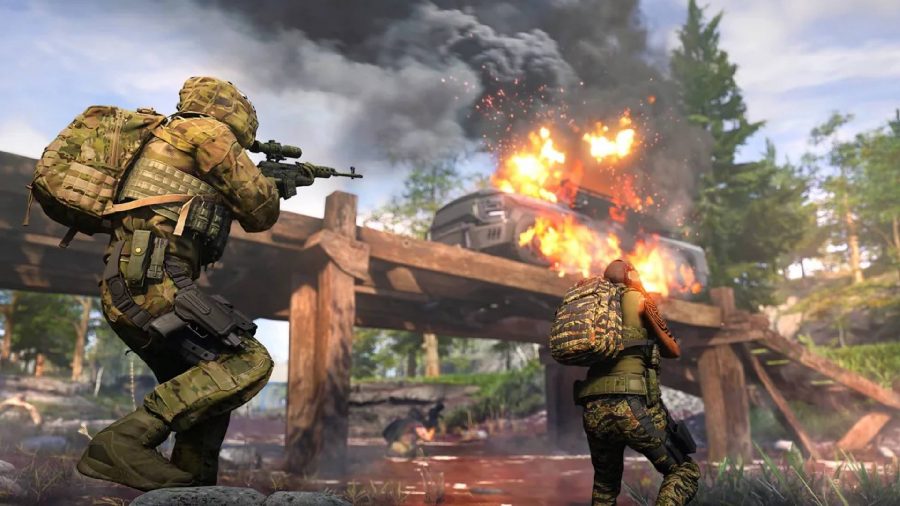 While previews for Frontline were more positive than XDefiant, the criticism that the Tom Clancy and Ghost Recon brands are losing its identity and being used as a name to slap on cookie-cutter multiplayer experiences was warranted. In response, the game was pulled from stores, with the playtests cancelled and the marketing effectively disappearing overnight.

And, all three of these multiplayer games have come about because the Tom Clancy series just didn’t suit an open-world setting. Wildlands saw success, gameplay-wise, because it cut back on a lot of the hardcore tactical elements of past games and felt like a blend of Saints Row’s action, GTA Online’s co-op antics, and The Division’s cover-based combat. But it wasn’t true to the legacy of the series.

Its sequel, Breakpoint tried to add a lot of those core tactical elements back in, and reviewers and players found that it just felt clunky, misdirected, and poorly implemented. For example, no one wants to be running around an open world completing countless objectives all while stealthily crawling through mud, blending in with trees, and playing a game that has the pacing of a lethargic snail. 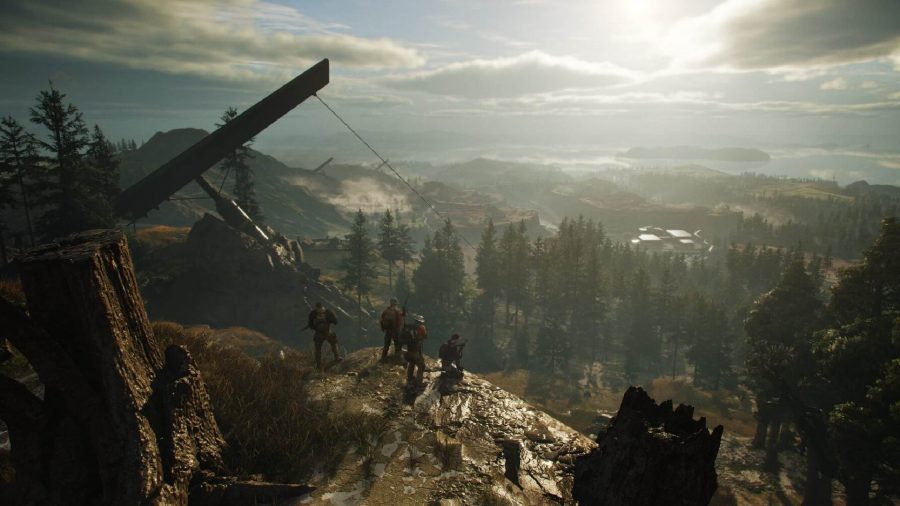 There is one exception to this in The Division, from which Massive Entertainment managed to see success. However, no other developer under the publisher has been able to recreate that.

Ubisoft’s open-world games are all about creativity, plastering the map with things to do, exploration, and being able to get around quickly, and a tactical shooter series like Tom Clancy is the antithesis of that brand. The Division worked because it was open-world while still being contained at the same time. Its cities weren’t massive open expanses with several biomes – they were finely tuned combat arenas.

With Ubisoft now at this impasse, having developed an open-world Ghost Recon game people didn’t like and with three announcements this year that all landed wide of the mark, the future for the Tom Clancy brand will be one of reform. And it’s already started.

The Splinter Cell Remake release date is still far away, but the game will be a linear-level based experience, a type of game Ubisoft hasn’t made in years. Frontline I think will be shuttered and likely packaged alongside a new Ghost Recon experience that harkens back to the series’ origin, emulating the strategy used for Splinter Cell. 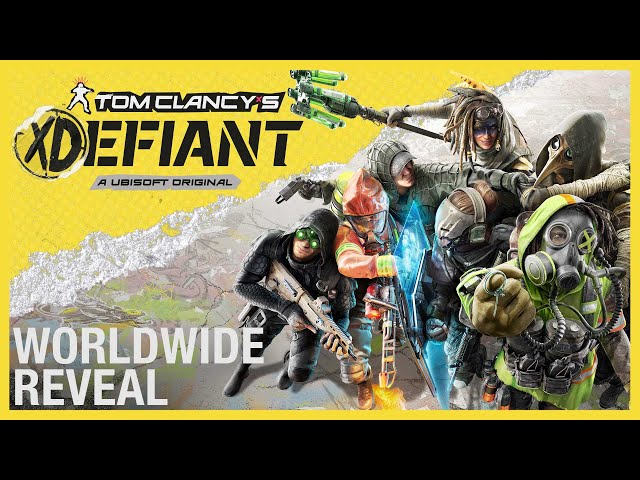 And, as for XDefiant and The Division Heartland, both of these are likely too far along in development to substantially change gears, but rather than seeing them as the future of Ghost Recon, Ubisoft will use both games to test the waters of their free-to-play strategy. The publisher still hasn’t yet made a giant push into the market, and both of these games feel like a good way to see whether or not they can make free-to-play games work.

Ubisoft’s future seems rather shaky and a lot of that stems from the publisher proliferating their open-world formula over the last decade or so. This hole Ubisoft has found itself in with the Tom Clancy brand might be too deep to actually get out of, but over the next few years, we are certainly going to see them try to rescue it.

The only way I can see that happening is if the series returns to its tactical, stealthy roots, and moves away from throwing the Tom Clancy moniker at the latest trend and popular multiplayer experience.