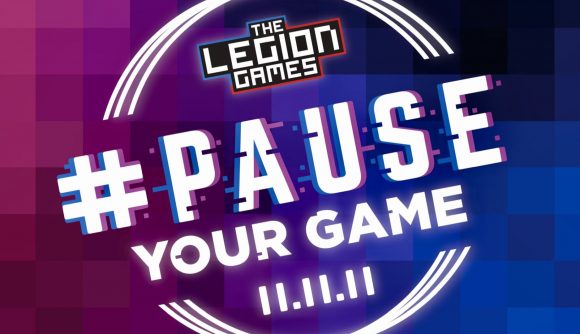 The Legion Games has kicked off its brand new initiative to commemorate Remembrance Day in the UK and raise money for The Royal British Legion. #PauseYourGame will see a week of streams, tournaments, events, and giveaways kick off today, November 4, that will conclude with a two-minute virtual commemoration.

The initiative is supported by Ukie, Corsair, Wargaming, and a number of other members of the UK gaming industry. As we announced last month, The Loadout will also be supporting #PauseYourGame as a media partner along with our friends over at PCGamesN.

With the week of content now kicking off, The Leigon Games has released its full schedule of streams which will mainly be hosted by streamer and Twitch Ambassador Hannah ‘Lomadiah’ Rutherford. However, a host of other streamers and content creators, such as ‘Two Angry Gamers’, ‘Ashens’, and ‘RadderssGaming’, are getting in on the action too. There will be everything from Portal 2 speedrunning, to a Games Pub Quiz, to Takeshi’s Castle-style shoutcasts of Fall Guys: Ultimate Knockout streams, plus a whole lot more.

The week will conclude on Remembrance Day (November 11) and at 11:00 GMT/ 12:00 CET / 06:00 ET / 03:00 PT The Legion Games will ask all streamers and supporters of the initiative to observe a two-minute silence in which games, streams, content, or social activity will be paused. 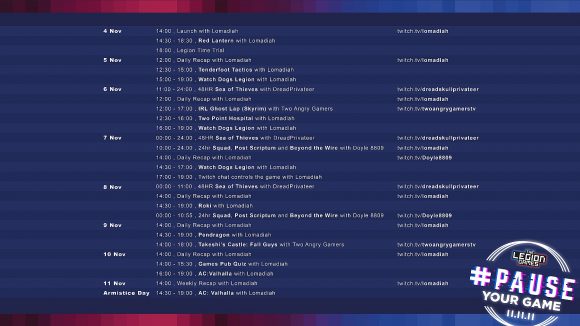 While the likes of Lomadiah and TwoAngryGamers are locked in to the schedule, you can be part of the #PauseYourGame campaign too and host your own fundraising stream for The Legion Games. If you want to join the initiative, you can sign up here and head to The Legion Games’ Discord server. Stream overlays, social media badges, and more resources are also available on the The Legion Games’ loot page.

The Legion Games has been pioneered by The Royal British Legion, which helps support both serving and former members of the Armed Forces in the UK.

The #PauseYourGame campaign also gives those wanting to pay respect and remember those who served an online platform to do so, with the ongoing coronavirus pandemic effecting many in-person Remembrance Day events.