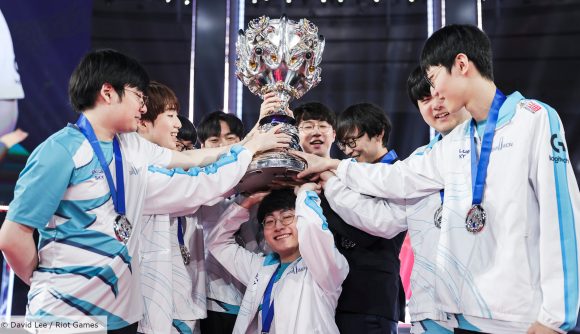 After a year no one could have predicted, the familiarity of end of season awards nights is rather welcoming. None more so than the Game Awards and the infectious charisma of Lord Keighley himself, as well as his star-studded lineup of award presenters including Keanu Reeves, Brie Larson, and Christopher Nolan.

While the top prize of Game of the Year will be fiercely contested by behemoths like Doom Eternal, Animal Crossing: New Horizons, and The Last of Us Part 2, we here at The Loadout will be more eagerly awaiting categories like Best Content Creator, Esports Game of the Year, and Best Esports Team. While we sadly can’t see the nominees and award winners in person, semi-drunk on champagne and taking way too long to finish their speeches, who doesn’t love a good awards show, right?

Esports Game of the Year sees five of the biggest competitive titles vying for your vote: League of Legends, CS:GO, Fortnite, Valorant, and Call of Duty: Modern Warfare. We’re predicting this trophy to be on Riot Games’ mantlepiece by the end of the show, but for Valorant or LoL? We can’t decide.

Valorant also has a shot at scooping Best Multiplayer Game, but faces competition from Twitch favourites Among Us and Fall Guys, as well as Animal Crossing and Call of Duty: Warzone.

The likes of Nick ‘NICKMERCS’ Kolcheff and Rachell ‘Valkyrae’ Hofstetter are also in the mix for Content Creator of the Year.

Find all the competitive gaming and streaming nominees for the 2020 Game Awards below. For nominees in every category, click here.