Another Summer Games Done Quick event has been and gone, and after being treated to round-the-clock speedrunning for a solid week, this year’s marathon managed to raise an astonishing $2.9 million – the most money raised by a GDQ since the pandemic pushed production into an online-only capacity.

For us, the worst part of any GDQ event is seeing it end – we’re a greedy lot here at The Loadout, and a week feels like it’s never enough. So while we’ve still got the post-SGDQ blues, we want to highlight some of our favourite runs from SGDQ 2021.

Behold, our pick of ten SGDQ 2021 runs you need to check out. 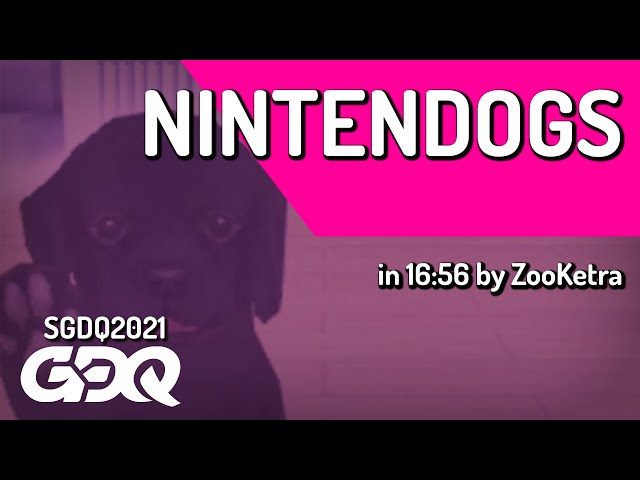 Nintendogs is a well-overdue a Nintendo Switch sequel. I know it, you know it, we all know it. And ‘ZooKetra’ reminded us exactly why it deserves one during his run of the iconic Nintendo DS game.
Alongside his trusty pooch, Korone, ZooKetra embarked on a quest to achieve consecutive first place finishes in each of the game’s beginner contests – surely a simple feat for a seasoned runner? Well, as it turns out, trying to get Korone to go through tunnels was harder than beating the Nameless King in Dark Souls 3.

After Zooketra briefly gave up on the Agility competition and had Korone scamper through the run’s other challenges, the plucky young pup finally got its redemption arc, facing down the big scary tunnel and conquering its arch-nemesis. 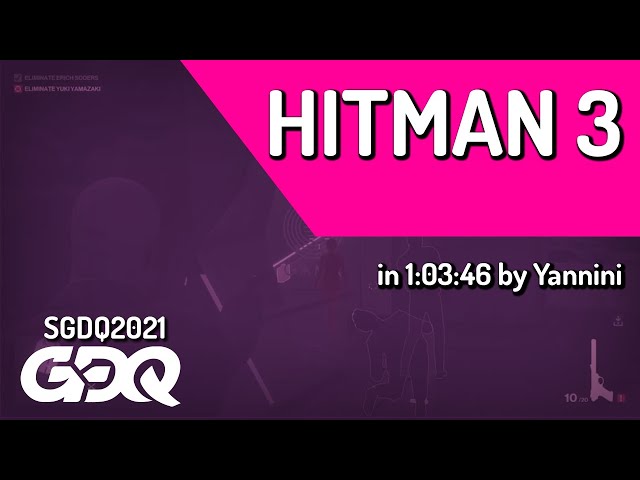 Hitman speedrunning isn’t a run at all – it’s a dance. And ‘Yannini’s tantilising tango through the World of Assassination Trilogy made us feel very two left-footed in comparison. We were left in awe as the runner glided through each of the series’ 21 missions, utilising every tool and trick of the trade in Agent 47’s arsenal. 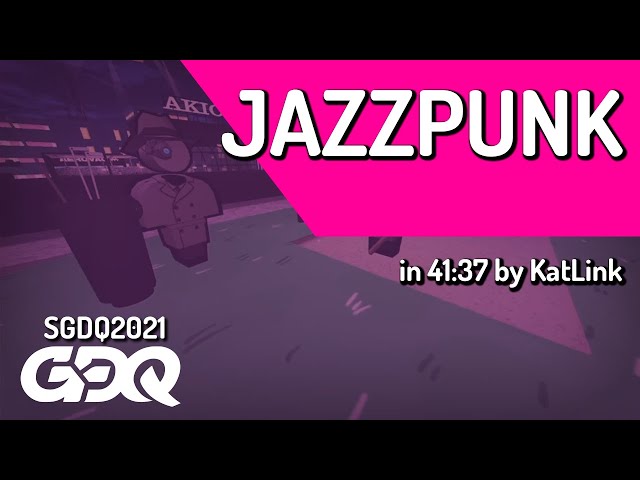 Imagine a comedy adventure game, set in an alternate Cold War timeline, which has you roundhouse kick a Honda Civic. Well, that’s Jazzpunk – a hippy trippy fever dream of a game which ‘KatLink’ expertly showcased at SGDQ this year.

Jazzpunk comes with all the usual mission archetypes typical of a game of this genre, such as gravy boat racing, fruit ninja’ing, and kablamming people with jars full of chittering spiders. Barring the spiders part, we thoroughly enjoyed it. 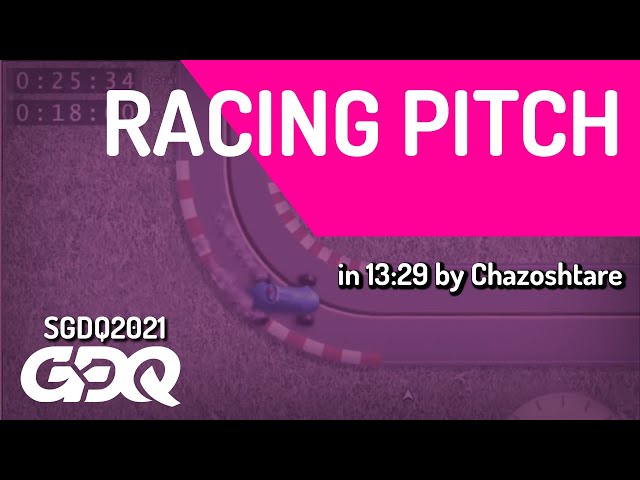 Remember when you used to pretend to be a car skrt skrting around as a kid? No? Just us? Well, as it turns out, there’s a videogame that actually has you make car noises in order to command a car round a race track – forget speedrunning, because Racing Pitch is speedhumming.

‘Chazoshtare’s humdinger of a run through Racing Pitch required the runner to carefully maintain his pitch over the 13:29 stretch, lowering and raising it depending on if he was about to turn a corner or head out onto a straight. Needless to say, he must have a diaphragm made of steel. 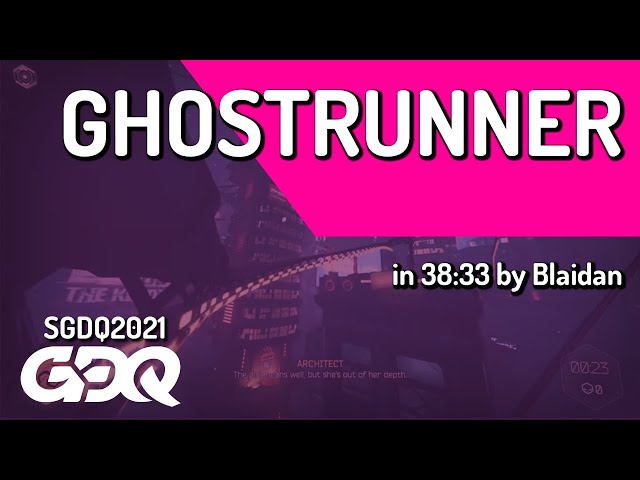 One More Level’s Ghostrunner is effectively what happens when you give Faye from Mirror’s Edge a katana and lock her in a Tron-esque megastructure. Runner ‘Blaidan’ was in chip chop shape during this blisteringly fast dash through the parkour slasher, posting a very respectable time of 38:33.

Showcasing some completely bonkers skips and tricks, you won’t want to miss checking this one out. But pay close attention, because if you blink you’ll miss half the run. 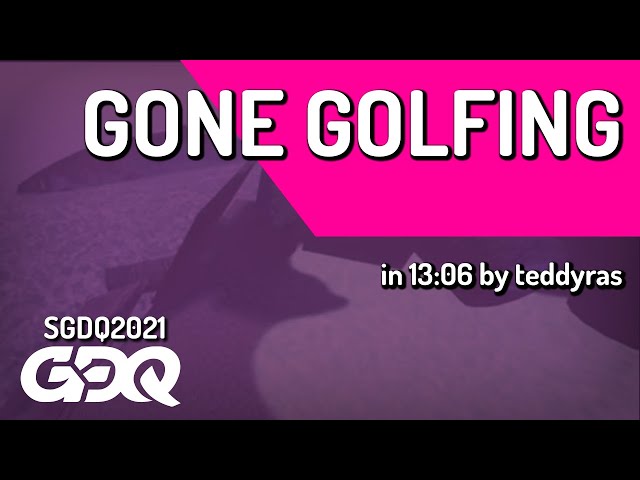 Gone Golfing is a completely normal game about minigolf. As co-host ‘Jeff_in_3D’ explains, the rules of golf are simple: “basically, you want to get the ball from where you are to where the hole is.” Of course, any minigolf course comes complete with obstacles, including little jumps, some light platforming, and a blood-glazed homicidal golf ball mascot man known as ‘Mr Golfy’ – all very normal.

Runner ‘teddyras’ put on a true display of golfing skill in this indie horror game, slowly but surely fixing up the course as he continuously avoided its murderous mascot. The humour-filled commentary from the duo was delightfully deadpan in its delivery – but why wouldn’t it be? After all, golf is serious business. 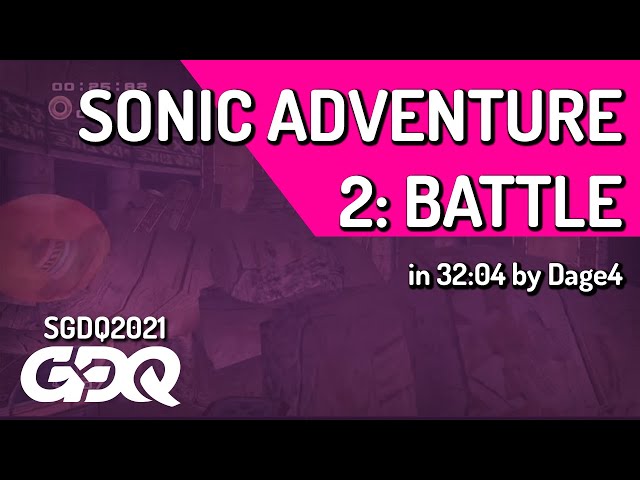 ‘Dage4’ is an absolute monster in the Sonic Adventure 2 speedrunning community. In fact, he’s so good at the game he currently holds world record splits in every single category according to speedrun.com. It’s no surprise, then, that he put on an absolute clinic during his time in the SGDQ spotlight, effortlessly showcasing some of the game’s most difficult tricks.

Dage4’s run is also brilliant thanks to the quality of the commentary. Alongside ‘Drakodan’ and ‘Seraphim1313’, the trio provided the perfect blend of educational and entertaining casting, with plenty of hype thrown in for good measure – an absolute joy to watch. 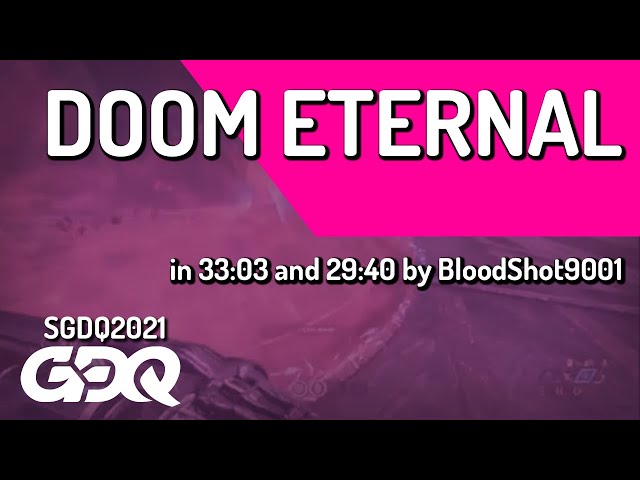 BloodShot9001 might be a familiar name if you tuned into last year’s SGDQ event. After all, the runner blitzed through the any% run of DOOM Eternal’s base campaign. This year, he was back again, this time to conquer the two-part Ancient Gods DLC – and it was a corker.

The run was so brain-meltingly good, in fact, that BloodShot9001 managed to simultaneously make us PogChamp and feel woefully inadequate as gamers at the same time. Cat people will also have their niche itched, as petting the runner’s adorable feline companion quickly became a pseudo-donation incentive after it made its grand entrance part-way through the second DLC. 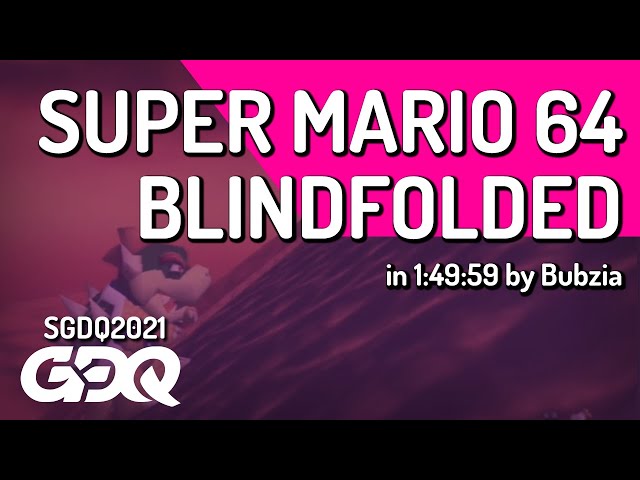 ‘Bubzia’ obviously felt that his 16 Star blindfolded run at Awesome Games Done Quick back in January wasn’t enough of a flex. So what better way to prove just how absolutely ridiculous your mastery of manipulating Italian plumbers is than by repeating the feat, but this time collecting a whopping 70 stars?

Bubzia not only proved once again that he is an absolute beast, but he even managed to post a new personal best time in the process. And if that isn’t enough, he even smashed out the blindfolded Lobby Backwards Long Jump trick – one of the most impressive feats in Super Mario 64 speedrunning – on his first attempt. Madness. 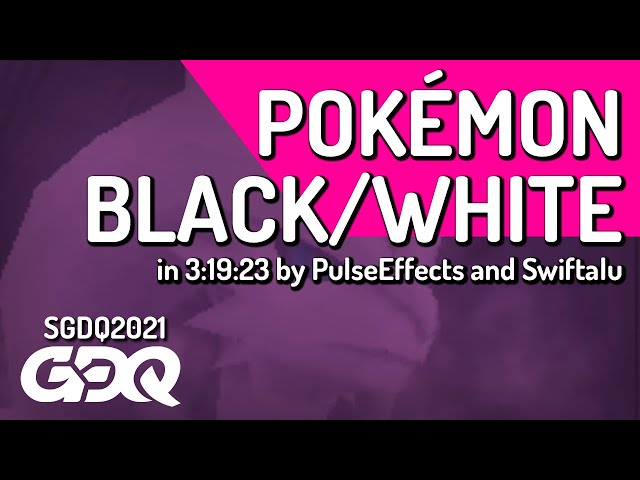 Pokémon’s fifth generation of games are underrated bangers compared to their more popular cousins. And while a speedrunning race perhaps isn’t the best showcase of what makes Black & White really shine from a narrative perspective, it is easily the closest race we have seen in quite some time – so close in fact that there was a mere five seconds between ‘PulseEffects’ and ‘Swiftalu’. Blimey.

So there you have it – ten of the best speedruns we managed to catch at SGDQ this year. Needless to say, there are many, many more banger runs out there, so definitely give the official YouTube page a good scouring.