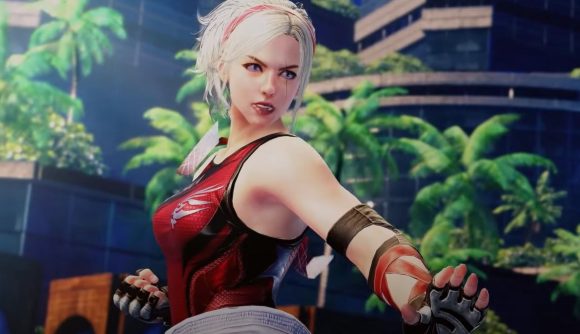 May 6 AXIBYTE’s co-owner has addressed the statement, saying it was an “embarrassing mix up.” AXIBYTE will not boycott future Tekken 7 events.

An esports team has come under fire from the fighting game community after it tweeted and deleted a statement saying it would boycott any Tekken 7 event that permits the use of new fighter Lidia – because she’s a “hindrance”.

AXIBYTE Esports, a fledgling organisation based in Europe, has both apologised to one of its players and criticised the Tekken community for sending hate towards the player following the release of their statement. It comes after the player, Abdul ‘artekken1’ Rehman, lost in the losers bracket final of a Tekken 7 tournament to a Lidia player.

In the statement, which has now been deleted but was captured and reposted by members of the community, AXIBYTE says it has “made the decision to abandon any Tekken 7 tournaments that allow the use of Lidia.” The organisation goes on to say: “This decision has not been easy but until tournament organisers understand the hindrance Lidia has on the competitive integrity of Tekken 7 we will not be participating in those tournaments.”

The statement went down poorly with the Tekken community, and sadly resulted in artekken1 receiving negativity on social media, according to a follow up tweet by AXIBYTE.

This is a real (since deleted) statement. Made by a real esports org. Abandoning a fighting game because of a character.

Around 24 hours on from the initial backlash, AXIBYTE co-owner Josh Pascoe has released a TwitLonger explaining the situation. Pascoe says that the idea of boycotting Tekken 7 events stemmed from an “inside joke” at the organisation, with staff and players recognising Lidia as their “Achilles heel.”

He says it was never meant in a serious manner and apologised for “stupidly” posting the statement to social media.

In a separate statement sent to The Loadout, Pascoe reassures that AXIBYTE’s players will continue to compete in Tekken 7 events.

“I had unfortunately misjudged the reach our Twitter account was capable of and now wish I planned a strategic marketing stunt instead of an embarrassing mix up,” he says. “We will be attending all Tekken 7 tournaments of course as we never intended to actually boycott them because of a character.

“We will continue to support our player artekken1 despite the controversial reception we are getting and look forward to the next events we have already planned.”