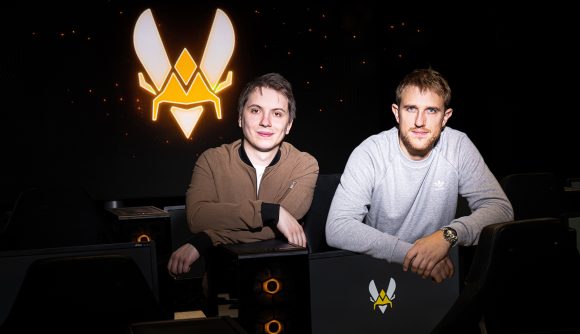 Team Vitality opened its new headquarters in Paris today, and with a cafe, cinema, game rooms, and more, the French team hopes it’ll revolutionise esports in France. The opening of the V.Hive represents not only Team Vitality’s belief in the esports industry, but also its commitment to growing esports in France and beyond.

The facility, which was built by HKS, the same architects behind Dallas Cowboys AT&T stadium, acts as a headquarters for the French team, while its sprawling side rooms set to engage esports fans and the general public in a new and unique way.

“Our fans are at the core of everything we do, and the concept of V.Hive was to give them unparalleled access to our players and a base for them to experience esports united as a community,” Fabien ‘Neo’ Devide, the co-founder of Team Vitality, says.

“The continued support of Rewired.GG means that we can continue to ensure all of our talent have the best opportunities, infrastructure and facilities to become the best competitors in the world.”

The V.Hive sits alongside Team Vitality’s state-of-the-art performance centre at the Stade de France, and has partly been funded by a large investment from Rewired.GG.

However, to futher encourage Team Vitality’s growth the investment company has also announced that it will be giving the organisation another $15m (€14m) investment, bringing the grand total to $37m (€34m).

This investment will be used to  support the growth of Team Vitality in India and China, where it is scouting new players and launching academies.