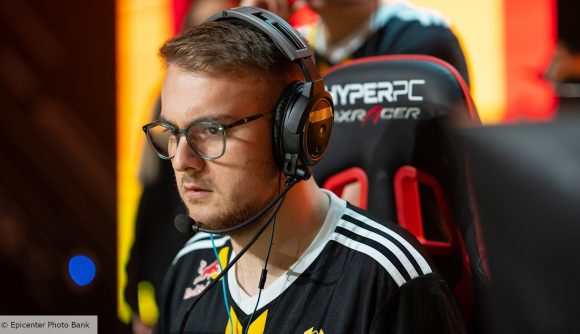 Team Vitality’s Counter-Strike: Global Offensive team lifted five trophies last year, but now the French team are back and hungrier than ever. As the team prepare for their first tournament of the season, Alex ‘ALEX’ McMeekin is looking forward to hitting the ground running in 2020.

Alex and the rest of his team return from one of the longest player breaks CS:GO has ever seen, and now, fully rested, Team Vitality is ready to start their offence to claim the top spot on the world rankings. But the in-game leader recognises it won’t be easy.

“Right now, CS:GO is the most competitive it’s ever been,” Alex tells me during the media day for BLAST Premier Series London. “There’s lots of teams who are playing well and have grinded during the holidays so we’ll have to be careful. I could go down to the 20th or 25th best team right now and if you’re not playing well then you’re gonna lose.

“We’ve got players that have been playing for 15 years who aren’t going away and we have younger players coming in that are just as good. Other games don’t have that deep a player pool compared to CS:GO.”

One of those young superstars is Mathieu ‘ZywOo’ Herbaut, who just last month was named as the best player of 2019 by HLTV. The Team Vitality AWPer has dominated the server in most of his games, but Alex says ZywOo’s rating hasn’t lit a fire in the French camp.

“The fire has always been there,” he says. “I don’t think we played badly last year. When we got Shox in we didn’t practice for like a month – we had to go to the ESL Pro League and DreamHack Malmo and obviously EPL didn’t go too well – but as soon as we had time off to practice, we went to Epicenter and won it. The hunger is there and we have the potential, it’s just making sure everyone knows what they have to do and everyone’s on point.

“We’re just looking to make it out of the groups this week. If we play to the standard we know we can, we can beat anyone here.”