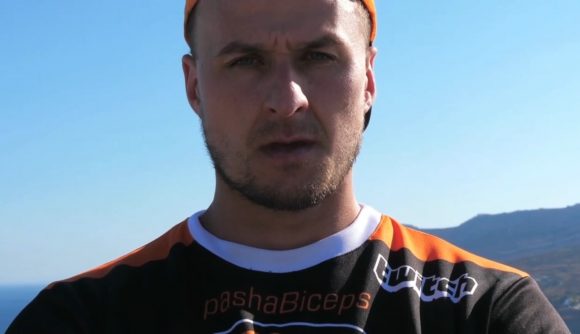 Jarosław ‘PashaBiceps’ Jarząbkowski, the retired Counter-Strike: Global Offensive pro, has joined Team Liquid in a streaming capacity. Team Liquid made the announcement via a WhatsApp chat mock up, where they said PashaBiceps would be joining as a ‘streamer and certified Liquid supporter’.

Last year, Pasha stepped away from the Counter-Strike pro scene, having been one of the most recognisable faces of the esport over the past 15 years. He has continued to stream and remained an active member of the community since his retirement, and at first glance, joining Team Liquid seems to be a continuation of that trend.

However, the surprise announcement may yet have even more surprises in store. In the WhatsApp mock up, a video from Pasha tells the rest of Liquid “if someone cannot go to tournament, you know my number.” Could this be the first step for Pasha coming out of retirement? Or is it just Papito reminding everyone that even though he’s no longer a pro, he can still hang with the best of them?

The 32-year-old has been a free agent since leaving Virtus.pro in early 2019 after more than five years, and has not featured in an official match this year, although he has remained a consistent streamer. The move to Team Liquid comes as a surprise to many, if only because it seemed like Pasha was enjoying his time as a free agent, but it should be no surprise that Team Liquid want a player of his stature and popularity in their streaming ranks.

The announcement ended with a highlight reel of Pasha’s best kills across both CS:GO and Valorant, showing anybody who might not have kept up with his career since retirement that the man definitely still has it.