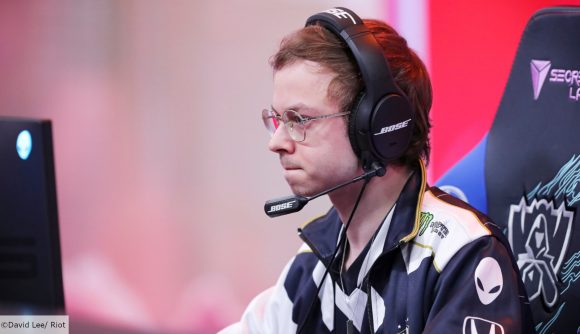 Danish midlaner Nicolaj ‘Jensen’ Jensen is set to sign a brand new three-year contract with Team Liquid in the LCS which is poised to become one of the most valuable deals ever seen in League of Legends esports.

The LCS veteran, who has won four titles with Team Liquid and Cloud9, sees his current contract expire next month. However, reports from Travis Gafford suggest Jensen has agreed the terms for a new deal which will see him stay with Team Liquid until the end of the 2023 season at least. Gafford also claims that it will be one of, if not the, most lucrative contracts ever in competitive LoL, with the deal being reportedly worth $4.2 million across the three-year period.

While Jensen has apparently agreed to the terms, he is still yet to sign on the dotted line, however it’s believed this will happen in the very near future and official confirmation isn’t too far away.

Earlier reports this week also suggest that Team Liquid is going further into its deep pockets to offer British toplaner Barney ‘Alphari’ Morris a multi-year deal worth at least $1 million each year. He will apparently be replacing former world champion Jung ‘Impact’ Eon-yeong.

There are also suggestions that jungler Mads ‘Broxah’ Brock-Pedersen will be letting his contract expire and become a free agent, with FlyQuest’s Lucas ‘Santorin’ Larsen looking a likely candidate to replace him.

With Team Liquid willing to splash some serious cash to establish a roster that could see it dominate domestically for the foreseeable future, the question remains as to whether it will be able to break North America’s recent curse at international events.

Team Liquid has appeared at the last three Worlds but failed to make it beyond the group stage on each occasion. Worlds 2020 also saw all LCS teams collectively fail to reach the knockouts for the second year in succession.