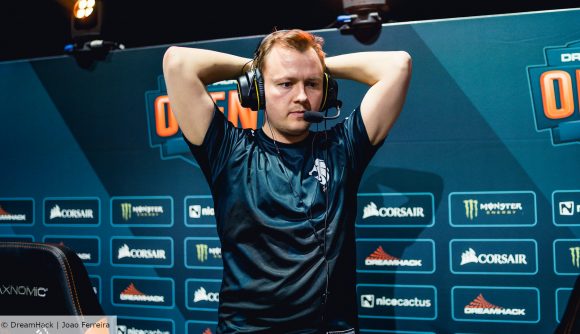 North’s Counter-Strike: Global Offensive coach, Torbjørn ‘mithR’ Nyborg has been dismissed from the team according to the Danish organisation. The coach has been with the Danish side for close to a year, helping them to lift trophies at GG.Bet Ice 2019 and DreamHack Open Seville.

In a bizarre Twitter post, which implies mithR had died, the organisation thanks the Dane for his hard work over the last year. The coach, who has since confirmed he’s not dead, says he’s “unhappy” with the decision but that he’s far from done with CS:GO.

“I am unhappy with the decision of course since working with the team has been the greatest honour of my life,” mithR says in a Twitlonger. “I have to accept the decision for what it is, and wish the organisation, its staff, the board and the players the best.

“I look back at my time in North as a time where I have learned incredibly much about myself. A time where I have been challenged on my values as a coach, but also my preparation for events, tactical development and mental state of mind of being a professional.

“To our fallen brothers and sisters – We salute you”

Torbjørn “@mithRTV” Nyborg, thank you for all your dedication and hard work over the last year! You are truly one of a kind and we wish you the best of luck on your continuing journey. Oorah warrior! #HearTheRoar pic.twitter.com/JtDdL02gyA

“I am now standing on the other side of my journey in North as a stronger version of myself, knowing what challenges lies ahead and with all the possibility of becoming an even better coach who can help future players and teams performing as the best version of themselves.”

“I am more motivated than ever. I am far from done.”

The decision to sack mithR comes just a few weeks after North failed to make it past the group stage of DreamHack Open Leipzig. The team lost to Mad Lions, now the second best team in Denmark, and Heroic.

Replacing mithR will be Jimmy ‘Jumpy’ Berndtsoon, a former Counter-Strike professional, who coached Fnatic from 2016-2018.

“Although it has been a tough decision to let mithR go, we concluded, after a thorough analysis of the entire performance setup, that the team needs some new inspiration and different coaching approach to unlock the full potential of the players,” Christian Engell, North’s performance coach says in the press release.

“We held talks with numerous highly qualified coaches, and we are very pleased to get Jumpy on board as our number one choice. With his prior high-level experience and solid coaching philosophy, we see the signing of Jumpy as another important boost to our development towards the top,”