When James ‘Mac’ MacCormack walked on stage at the League of Legends World Championship in Madrid, he knew he was part of something special. His journey as a coach in the League of Legends world is somewhat unconventional, but in four years he’s already been part of a team that’s made history. Now, with Splyce handing the reins over to MAD Lions, Mac has the chance to build a powerful legacy.

The Brit, who’s worked with INTZ, Origen, Millenium, and more, has spent the last two years working with Splyce alongside Peter Dun and Hadrien ‘Duke’ Forestier. But following a successful season at both Worlds and the European Championship, both Mac and Duke, who consider themselves to be partners in crime, found head coach offers landing at their feet.

Unsure what to do, the pair spent an agonising amount of time on the phone to one another, trying to work out if they should stick together or go it alone. In the end, Duke agreed to coach Team Vitality, while Mac decided to stick with MAD Lions. But it wasn’t a decision either took lightly.

“It’s something that we had many, many late night Skype calls over, agonising over should we stick together, should we not, where should we go – that type of thing,” Mac tells me over Skype. “I think both of us really, really, really wanted to work together again but the MAD Lions opportunity for me was too good to pass up. It was a really hard decision, but it was the right thing to do for both of us in the end.”

And although Mac entertained a number of coaching offers, it was, ultimately, his familiarity with the MAD Lions staff that convinced him to stay. For him, being surrounded by friends who he knows has his back every hour of every day is worth more than anything else in the world.

“I’m a person that values the people I get to work with,” Mac continues. “We have one of the most supportive coaching staff teams that I could possibly imagine. Having those people around me that I trust to have my back in a head coach position is really important. It’s always important to be future-focused and solution orientated and these guys will help keep me on track.”

But now, after a successful two years working with both Dun and Duke, Mac is looking forward to creating his own legacy with a new brand and a new team. Although a lot of the organisation’s staff transferred with MAD Lions, the roster looks quite different and features a number of young rookies looking to get their first blood in the LEC.

Some might call the decision to play a young team like this a risk, but it’s a calculated risk. Mac has built this team based on pure talent and these players all have good instinct and an innate game sense – something you can’t learn on the Rift.

We want to encourage that creativity and that aggression

The foundations for the team were built around Marek ‘Humanoid’ Brazda and Andrei ‘Orome’ Popa, who both worked with Mac at Splyce. It was Orome’s selection though that sent shock waves through the professional scene. The Romanian, who’s still very much a rookie at the age of 21, is considered a risk by some analysts, but he possesses an undeniable raw talent that Mac believes will be unlocked with the right roster.

“I don’t think Orome is a risk at all – I think people are sleeping on him,” Mac tells me. “He’s incredibly talented and a really good fit for the team. I think [him joining the roster] was a natural development. On Splyce we had some struggles as a team and the only sub we felt we could use was Orome. It was always a thought that Orome could grow into the role.”

Related: Everything you need to know about LoL Ranks

But it’s not just harnessing the potential of raw skill that’s high on the coach’s priority list – unleashing Humanoid’s aggression is too. Last year, the Czech rarely got the chance to go it alone in a play, as he was locked in by his four teammates to a more systematic style of play. So to remove the shackles and allow the creative juices to flow, Mac has signed Zhiqiang ‘Shadow’ Zhao, Matyas ‘Carzzy’ Orsag and Norman ‘Gistick’ Kaiser to bolster MAD Lion’s attack.

“He [Humanoid] has gone from a player who tries to 1vs9 and do his own thing and wasn’t sure how to lead, to someone who generates plays on his own, generates advantages, and still tries to 1vs9 all the time,” Mac tells me. “I think this roster is one that will align with his philosophy on how to play the game. I felt last year that we had a clashing mix of players, where some people wanted to play in a more systematic play – but Humanoid is not that systematic of a player. He plays a lot on instinct, on aggression, on outplay. When you have someone like that, you can put people in place to reign him in, but this year, we want to encourage that creativity and that aggression, and surround him with people that will join him in that.” 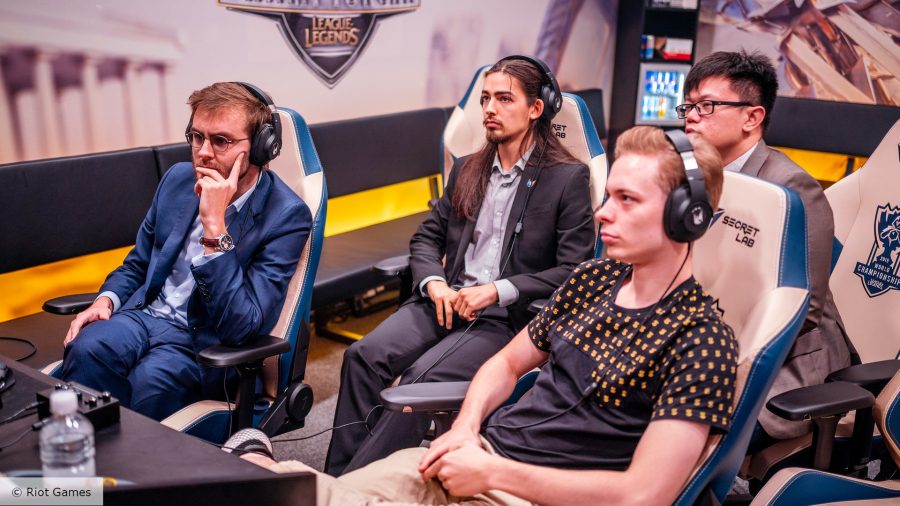 But during their first boot camp, the boys didn’t really get to grips with their skills on the Rift. Instead, Mac put a real focus on team-building exercises to form unbreakable bonds between the players, so that they can feel comfortable with one another both on and off the server.

And with players signed on a mix of two and three year contracts, it’s apparent that Mac wants to grow MAD Lions into a formidable team feared by the big players in the league. But to get there, he’ll need to face some old friends in Berlin.

“I’m not looking forward to facing Andrei ‘Xerxe’ Dragomir,” Mac says with a smirk about the player he helped develop at Splyce. “He’s getting a lot more credit than he used to, but I think he’s underrated. He was the only jungler at Worlds that managed to stand relatively even against Gao ‘Tian’ Tian-Liang. So I’m not looking forward to playing against Origen because they have a really experienced roster – but I really want to beat them.

“I’m also looking forward to facing Duke in the future. Funnily enough, when he was at PSG and I was at Origen, we were the only teams who would scrim each other because we were so bad! So Duke is probably the coach I’ve drafted against in my life. We’ve also been prepping drafts together for two years now, so both of us know exactly how the other thinks. It’s going to be really interesting to face each other on stage.”

Read more: Everything you need to know about LoL Worlds

The off-season has also presented a period of reflection for both Mac and everyone at Splyce who was involved in the quarter-finals Worlds run. Stretched over Berlin, Madrid, and Paris, this year’s tournament really captured the hearts and minds of European League of Legends fans, and for Europe’s yellow snakes, it couldn’t have been better.

The team who battled with Unicorns of Love in the Play-In Stage went on to take a map off SK Telecom T1, one of the greatest League of Legends teams of all time, and the eventual tournament winners, FunPlus Phoenix. And although they fell in the quarter-finals, the experience taught them so much, especially about the power of the crowd. 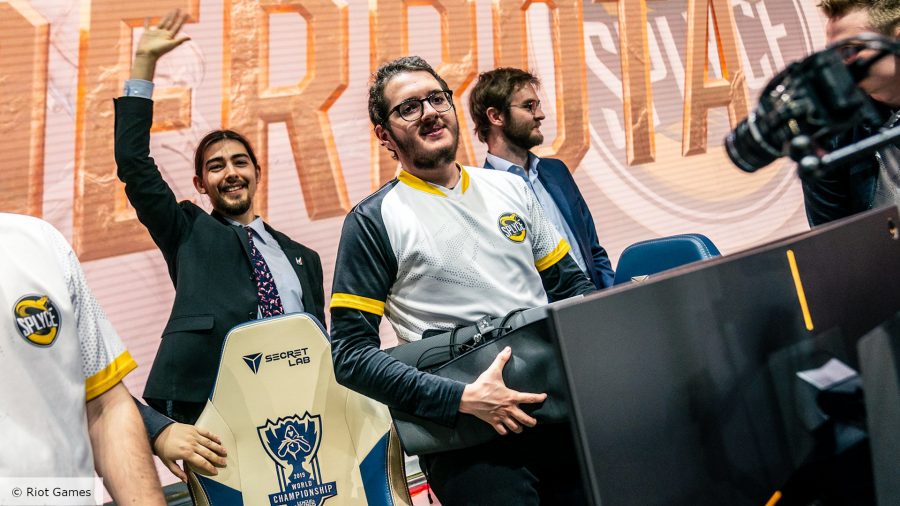 “Splyce is a team that never really got much fan support until we got to Worlds,” Mac recalls. “Every time we played against any of the big teams, it always felt like we were against the crowd. So having that experience of the crowd backing you – I hadn’t quite appreciated how much of a difference it made until we got there. The amount of support we got in Berlin and Madrid was outstanding.”

Only a few months have passed since Worlds reached its conclusion in Paris, but so much has changed. For this new Spanish team, a snake’s bite has turned into a lion’s roar, and Mac isn’t the only one hoping that’ll it be deafen the critics come the start of the Spring Split in January.