With ten top-level League of Legends teams competing in the LEC, it’s not always easy for players to get recognised – especially if you’re a rookie. But Mad Lions’ Matyas ‘Carzzy’ Orsag has had no issues settling into the European league, and has even become a bit of a social media star over the past five weeks.

Carzzy was picked up by Mad Lions at the age of 17, after his impressive run with BIG at EU Masters where they became the eventual winners of the tournament. Even at a regional level, Carzzy managed to make a name for himself through his versatile champion pool and quirky sense of humour. After his Ekko performances at EU Masters, it was clear that he’d be the type of player that’d thrive in the LEC. Not only did he have the potential and talent, his English was exceptional for his age and he had a unique personality that captivated the attention of none other than the G2 players he faced at the beginning of the split.

With Carzzy on the roster, Mad Lions have pulled off some surprise results so far, including taking down the likes of G2, Rogue and Fnatic – the latter of which Carzzy felt particularly satisfied in beating.

Indeed, the now 18 year old is never afraid to express himself – such as making bullish statements of wanting to win Rookie of the Split after just one week of competition. But now, having had time to play against all of the teams in the league, Carzzy seems to have changed his tune.

“I don’t think I’m Rookie of the Split anymore,” he tells me after losing to Misfits. “I think other players are performing better than me – Razord for example, maybe Bvoy too, I’m not sure. I actually don’t care anymore about Rookie of the Split. I was thinking about it and it’s kind of pointless anyway, the most important thing is just to get a place that’s high as possible with the team.”

His coach James ‘Mac’ MacCormack however, disagrees with Carzzy and still thinks his ADC is one of the stand out rookies this season.

He says: “I think that’s just Carzzy being humble. The Misfits players are fantastic and they’ve been fantastic in a way that’s been really surprising so I don’t know how much that’ll impact the votes – normally people who are expected to have the lowest performance who end up doing super well tend to be the people that get voted for.

“However, if it’s between Razork and Carzzy, I’d still take Carzzy – I think he has something really special.” 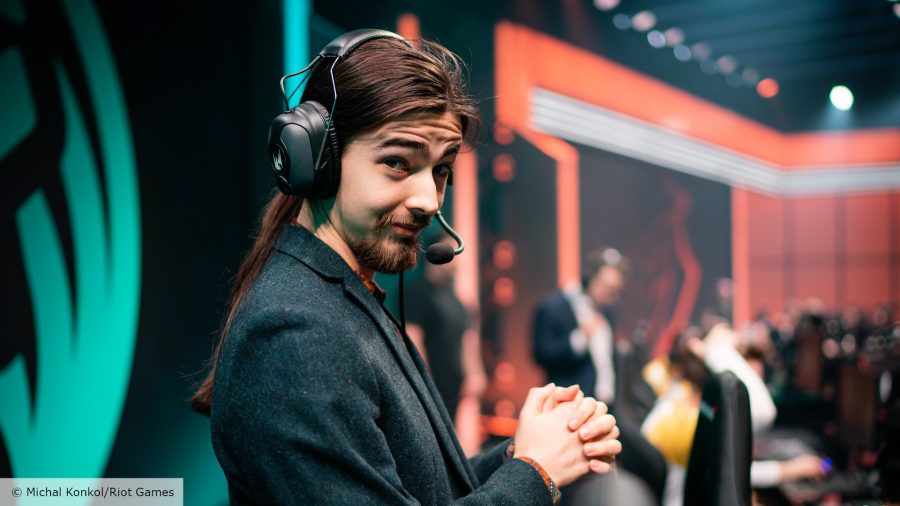 So what is it like to work with Carzzy? Is he always as excitable and happy behind the scenes?

“It’s hilarious and amazing to work with him.” Mac adds. “He’s a complete joy to work with – I couldn’t ask for a better player or a better teammate. He has no ego whatsoever, he’s super easy to work with, talkative and positive. He takes responsibilities for his mistakes, he plays everything. And in terms of his personality as a teammate, he’s so much fun to be around.”

Mac also reveals that he and Peter Dun were the ones who recruited Carzzy and brought him to Mad Lions in the offseason.

He says: “Peter and I have always done a lot of scouting together. So, by the time it had got to the end of the year and we were watching him in EU Masters and the German League, it was very clear he was incredibly talented so it was kind of a joint decision from all of us to bring him in. Peter was the one who initially noticed him and suggested we should keep an eye on him so we all did so it was a very natural decision.”

For those who didn’t watch the German League or EU Masters however, Carzzy is a complete wildcard, leaving some confused over the hype surrounding the bot laner.

The Czech ADC has had his fair share of ups and downs in the LEC already and has received criticism for his lack of consistency and somewhat questionable engagements. Misfits’ veteran mid laner Fabian ‘Feviben’ Diepstraten is one of the players who feels Carzzy is overrated.

He says: “I don’t really look at players in other roles specifically but he’s rated pretty highly right? But personally, I don’t really see the hype to be fair. If I would see someone really popping off, I’d see that and respect that but I don’t think this guy has been the reason his team has been winning games.

“He is probably okay and I’m fine with that. He’ll probably just have to learn more because what do you really expect from a rookie like that? I’m not going to expect this guy to be the best player in the league because there’s no way when you have other good players.”

Carzzy’s coach recognises his inconsistencies but also makes a case as to why Carzzy should be regarded as one of the stand-out rookies.

Mac says: “I think Carzzy has a lot of hype behind him because he generates a lot of big plays. He’s the type of player who sees an opportunity and goes for it really aggressively and that’s the type of thing that generates hype. He has a really unique skill set that a lot of ADCs don’t have because he understands when to be super aggressive and in the moment. He has a really good understanding of when he can jump into four people and actually win – that is a bit of a double-edge sword at times. It’s also probably where some of the criticism is coming from because sometimes he does flash into four people and die. But, I wouldn’t have it any other way.” 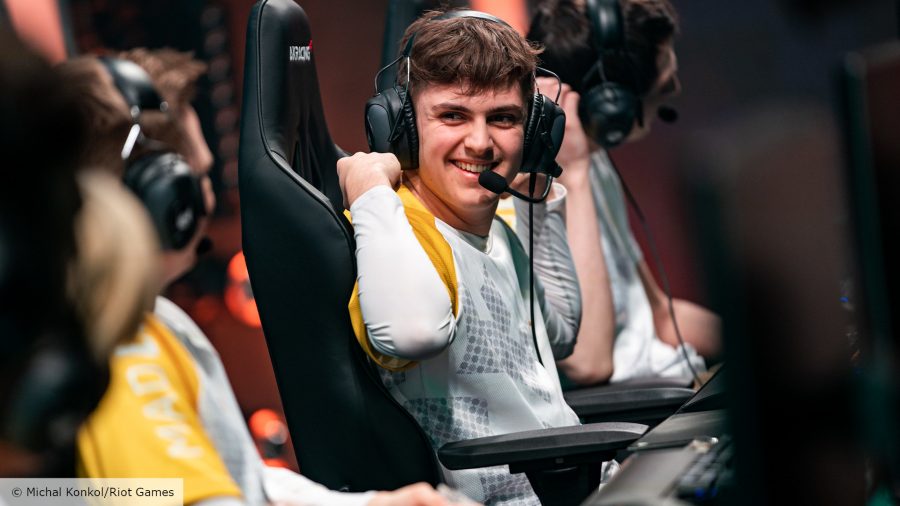 Whether you rate him as a player or not, there is no doubt that the youngster has also managed to make a name for himself offstage. Carzzy often takes to social media to poke fun at himself, his teammates and his opponents. But he also seems to have a softer, more serious side in particular when it comes to his girlfriend who he’s cited on multiple occasions as someone who has a positive impact on his life.

He says: “My relationship is very nice. We haven’t been together for that long – just eight months. My girlfriend is very supportive, she respects the fact I had to move to Berlin, so I don’t have as much time for her.

Related: Everything we know about Worlds 2020

“We used to live around 30 minutes away from each other back in the Czech Republic so this is very different. I thought when I first moved to Berlin I wouldn’t be able to see her during the split but she’s been visiting every month – she’s seen me play on stage too, she was here when we beat Rogue so that was nice.

“I think it helps my career to have a supportive girlfriend like her. When I’m winning, it also feels good because it makes her happy, and I’m happy because I want to win for her.”

There are just four weeks left of Spring Split and even though Carzzy says he no longer cares about winning Rookie of the Split, he’ll undoubtedly be a contender if he’s able to take his side to playoffs – only time will tell.