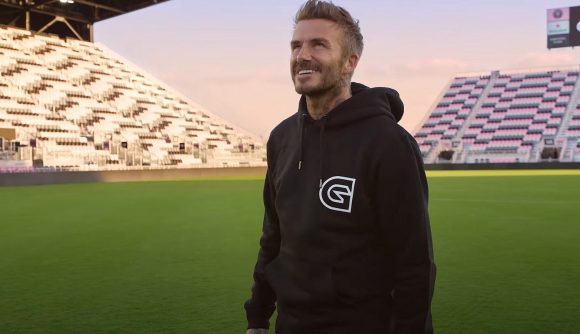 Guild Esports has today pulled back the curtain on its highly-anticipated academy system by launching its “first component”, an online training and tournament portal. Despite acting as a scouting ground for future UK talent, the portal will be open to everyone, regardless of their skill level.

The Guild Academy covers just Rocket League and Fortnite for now, but resources for FIFA and Valorant are not far behind, meaning all four of the esports Guild currently fields teams in will be involved.

The “holistic and comprehensive” approach to the Guild Academy sees dedicated curriculums and training programmes to master in-game mechanics and strategies across three skill levels. As well as in-game mentorship, which features video training, quizzes, and even VOD reviews, there are also resources covering psychology, nutrition, physical and social skills, and esports career advice, according to academy director Joe Sutton.

While the Guild Academy exists in a solely online space right now, a previous announcement document sent to the organisation’s investors confirmed a physical academy space would also be opened at its headquarters in London.

In response to a question submitted by The Washington Post, Sutton confirms that the London academy space will open later this year, but also reveals that Guild will take its academy on tour to other towns and cities in the UK to offer physical coaching to other communities.

In an interview earlier this month with The Loadout, Guild’s director of esports Grant Rousseau claimed that the academy system would be “the biggest thing to happen to UK esports for a very long time.”

With the online space acting as the scouting ground and the physical space acting as a developmental tool for hot prospects, Guild CEO Kal Hourd says that the academy “will create a significant revenue stream opportunity” as talent is brought through the ranks to either join existing teams, form new rosters, or is sold on to other organisations.

“We fundamentally believe in the trajectory of esports and that the sector will rival traditional sports within a decade,” Hourd also says. “[Academy systems] will be a crucial part of the esports sector as it matures, and Guild Academy puts us in an ideal position to lead this nascent part of the industry.”

With young gamers being specifically targeted with its academy, Guild has also put in place measures to educate and reassure parents. It has partnered with SuperAwesome, a parental consent provider, to create a safe space for younger Guild Academy users. There are also resources and explainers for parents about the academy and the wider esports industry.

While Guild has been relatively thorough in outlining its plans for its academy system, the credentials and quality of the academy’s coaches – which have not only shaped the curriculum but will also take part in gameplay reviews with users – has not been discussed.

Additionally, access to the Guild Academy will cost £4.99 (roughly $7) a month to use after a 30-day free trial period. This could be seen as a barrier to entry for some.

The Loadout is awaiting a response from Guild on both of these matters.