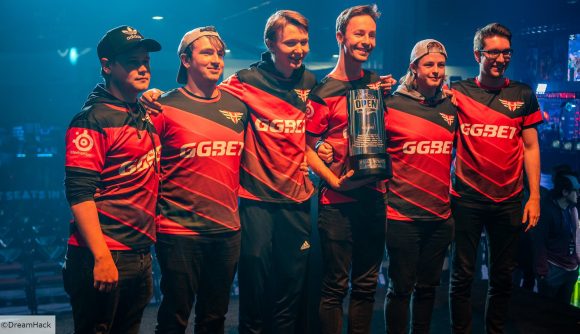 As reported by HLTV, FunPlus Phoenix struck a deal with the Danes in order to become the eighth sponsoring franchise in the inaugural season of Flashpoint, the latest top tier CS:GO league. Heroic has been having some dodgy luck of late, with the global top 15 squad having had as many wins as losses so far this year. The group had a good end to 2019, winning DreamHack Austin in November, and placing top four in Epicenter 2019 in December, so latest results have likely hit morale a little.

League of Legends followers will know FunPlus Phoenix as the reigning world champions after beating G2 Esports in the final of Worlds 2019 last year. As well as being one of the biggest names in LoL esports, the organisation also has teams competing in the competitive PUBG and Fortnite scenes.

It isn’t the only organisation making such moves, either. Korean T1 signed former CS:GO pro Brax as the first professional player for Riot’s upcoming Valorant.

Heroic was set to have its first game in the ESL Pro League, against forZe, on March 17, but its acquisition by FunPlus Phoenix means there will likely now be a last minute spot to fill in Group B, where Heroic were originally drawn.

The deal is yet to be officially confirmed by either Heroic or FunPlus Phoenix.