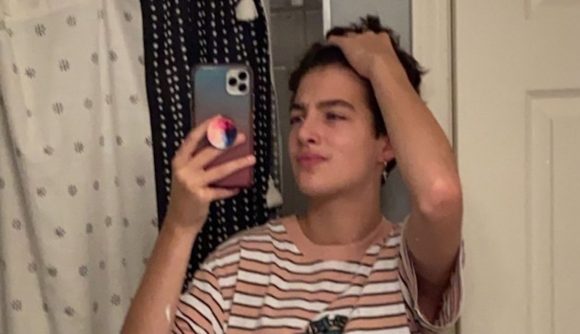 Since joining FaZe Clan in 2019, FaZe Ewok has become one of the biggest Fortnite streamers. The deaf player is used to making history and yesterday was no different. On National Coming Out Day, the Fortnite pro announced he is transgender and bisexual, making him the first male transgender player in tier one esports.

In the announcement, Ewok admits the last eight years have been a struggle for him personally, and although he knows the transition will be “tough”, he’s hoping the love and support from his fans and his organisation will help him through.

“This is my coming out post,” he says on Twitlonger. “I am transgender. I go by he/him now… I want to be open about it and educate people but feel comfortable with myself. I never felt right in [a] girl’s body and struggled. When I was 11 years old, I dressed up like a boy and grabbed some of my little brother’s clothes. I took pictures. For [the] past eight years, I never was truly happy with myself and struggled.

“I realized you can’t avoid bad situations and you have to face them eventually. I know the transition and stuff will be tough for me. I am nervous as hell. This is huge, especially [as] I am in FaZe and [the] first transgender guy in a T1 esports organisation.”

Ewok has more than 350,000 followers on Twitch, where he has an exclusive contract, but despite garnering so much support, he’s still been subject to trolls online.

Fortunately though, Ewok seems happy with the overall response to his coming out story, thanking fans for all the kind messages in the last 24 hours.