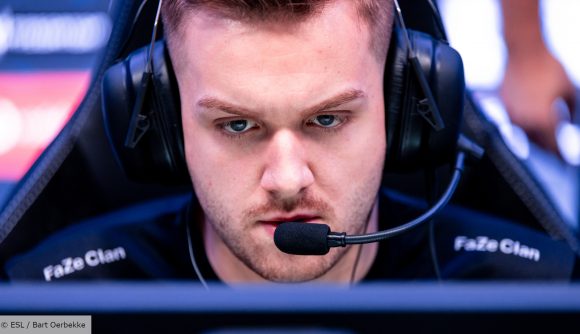 Just hours after being eliminated from ESL One Cologne, FaZe Clan’s in-game leader, Nikola ‘NiKo’ Kovač has hit back at trolls arguing about his team’s performance online.

The comments come just three weeks after the team signed Danish superstar Markus ‘Kjaerbye’ Kjærbye. While some fans appreciate the team is going through an adjustment phase with the ex-North man, some have taken to airing their frustrations online, especially after FaZe were knocked out by Team Vitality yesterday afternoon. But it appears NiKo has had enough.

“Enough with the hate on my team and Kjaerbye,” his recent tweet reads. “We had five days of practice and we nearly won against number 2 team in the world who has been bootcamping for weeks. Give us some time to work on our mistakes before judging, we are doing everything we can to improve asap.”

Despite showing moments of brilliance in ESL One Cologne, FaZe had a shaky showing. The team lost to Heroic in the first game, dropping the team down into the lower bracket where they defeated MIBR. However, Team Vitality soon put a stop to the team’s momentum, denying FaZe a comeback in the series.

Enough with the hate on my team and @KjaerbyeCS, we had 5 days of practice and we nearly won against nr 2. team in the world who has been bootcamping over 2 weeks. Give us some time to work on our mistakes before judging, we are doing everything we can to improve asap. #FaZeUp

While teams do take a long time to adjust to roster moves, especially in such a competitive setting, FaZe Clan fans’ main gripes were that Kjaerbye, a former Major winner, posted a 0.86 rating in his first event back since taking time out for medical reasons.

However, it seems the Dane has the support of his teammates, so fans have to respect the process and wait to see if FaZe can reclaim a spot in the top ten.