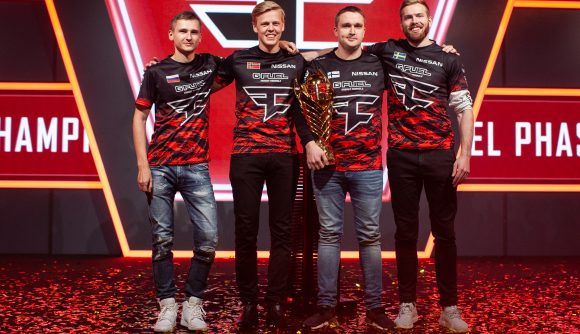 After a dramatic finish in the PUBG Europe League, FaZe Clan has thrown down the gauntlet for the upcoming Global Championship. The league winners, who took home $100,000, will be heading to California as the best team in Europe.

The PEL took place over six weeks, with the 16 teams meeting 96 times on the battlefield. FaZe’s aggression on all three maps meant the team were able to climb up the leaderboards and win first place for this phase with a 30 point margin.

Ivan ‘ubah’ Kapustin was a key part of FaZe’s overall victory in the PEL, killing 132 players over 96 matches, only surpassed by Roman ‘Adouz1e’ Zinoviev of Natus Vincere, who had 138 kills to his name. With such an impact on the game, the fragger is going to be an important asset for FaZe heading into the biggest PUBG tournament this year.

The following teams from the PUBG Europe League have booked their seats to the Global Championship:

The teams will face 26 others at the OGN Super Arena in California from November 8-24.