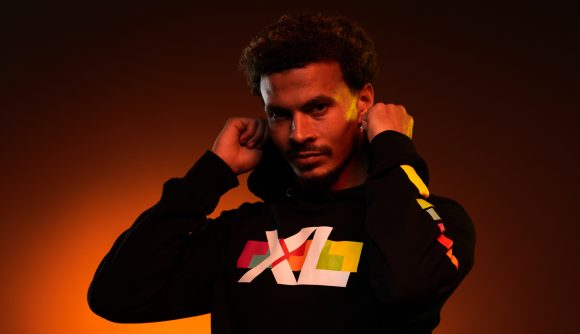 As Excel Esports continues to bridge the gap between sports and esports, the organisation has announced it has signed Tottenham Hotspur footballer and gaming enthusiast Dele Alli as its first ever global ambassador.

While Alli is a huge Fortnite fan, regularly streaming to more than 130,000 followers on Twitch, the footballer wants to share his knowledge of being an elite athlete with Excel’s League of Legends and Fortnite players. The organisation in recent years has really put a focus on player health and performance and this appears to be a continuation of that.

“Everyone who knows me knows my biggest passion outside of football is gaming and after becoming increasingly involved in the industry over the past few years, it seemed like joining forces with an esports team was a natural step for me to take,” Alli says in the press release.

“My knowledge of being a competitive athlete is something I believe can really benefit EXCEL’s roster of talent as they continue to strive to be better every single day but I’ll also be looking to further my own knowledge and understanding of this truly exciting industry.”

This new partnership is also a continuation of Excel Esport’s brand update, in which the organisation is determined to make the industry a better, more positive place. The first step in that rebrand, alongside the new logo, was a whitepaper that explained how individuals could improve their overall performance by focusing on physical activity.

Alli is, in CEO Wouter Sleijiffer’s words, an “inspiration in getting the best of ourselves,” so expect him to be involved a fair bit with future Excel campaigns.