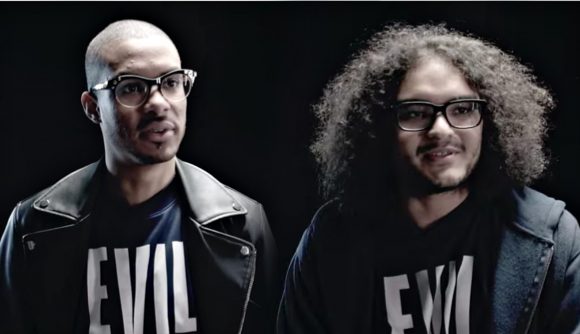 Best friends Dominique ‘SonicFox’ McLean and Jon ‘dekillsage’ Coello will be playing together again under the banner of Evil Geniuses, it has been announced. The duo, who both left Echo Fox earlier this year, want to reach new heights in the fighting game world and this is their first step towards that.

SonicFox currently holds the title for Mortal Kombat 11, but more than anything, the champion wants to use his new position to stand up for the marginalised and the fans who feel they don’t have a voice.

“I’m excited to join EG because now I can enable the anti-hero side of me hella hard,” SonicFox says in a statement. “EG are all about living outside of the norm and standing up for those that don’t have a voice, which is something I embody and stand for every day. I can’t wait to see all the things we can do together.

“Joining EG has enabled me to continue being true to myself and to deliver that message to an even wider community. When the world’s crazy, it’s important to never lose sight of who you are, and I hope that I can speak to anyone who’s struggling and encourage them to embrace what makes them unique.”

We’ve always been a home to legends, so it’s only fitting we welcome true champions.@SonicFox5000 and their duo @dekillsage have entered the lair. #LIVEEVIL pic.twitter.com/sw4rIGIF9i

Dekillsage, on the other hand, who placed third at the Dragon Ball Fighter Z World Tour Finals in France, is looking forward to playing alongside SonicFox again this year, but hopes to claim a major.

“Sonic and I have been teammates for like seven years, so I’m excited to compete alongside them again, and this time we’re going to overcome the best players, for sure,” dekillsage says in a video.

“I just want to win a really big Major, that’s like the last goal on my list of things to check off, so I’m really pushing towards that.”