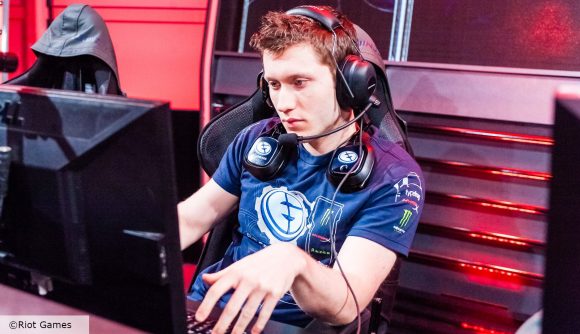 Evil Geniuses has confirmed its return to competitive League of Legends by buying the vacant LCS spot left by struggling organisation Echo Fox.

Evil Geniuses return to League of Legends ends a lengthy absence from the scene, following Winterfox’s end in 2015. In the official statement from EG posted on September 26, the organisation is committed to “building a team from the ground up in order to take on this new and exciting challenge”.

This is EG’s second bite of the cherry in trying to secure a spot for the 2020 LCS, after it was reported earlier in 2019 that an initial $41 million bid for Echo Fox’s spot “lacked merit” and fell through. This time, Riot was happy with the bid and allowed EG to take the spot. This now confirms the 2020 line up in the North American league, which includes Immortals and Dignitas, following two big acquisitions.

Speaking of the deal, the CEO of EG, Nicole LaPointe Jameson, says: “Part of my experience with EG is knowing that in order to be considered the best, you have to compete where the best are. I could not imagine an EG without a push towards the LCS, and we’re happy to be able to put down roots as a franchise owner.”

“We’ve had nothing but a good experience working with Riot, and we’ll be expanding our operations to Los Angeles to accommodate the needs of the new roster,” she adds. “We’re looking forward to the new members of the EG cabal that will make all this possible.”

You saw that right — Evil Geniuses will be returning to the North American LCS (@LCSOfficial) for the 2020 Season.

It’s been a hell of a day, but support makes it all possible. Full details are here: https://t.co/TMsDfc31Mk pic.twitter.com/ZPuE9lfYjY

The first we will see of the new EG LoL team will likely be in the Spring Split of the 2020 LCS season.

The announcement topped of what was a busy 24 hours for EG, who earlier in the day announced their return to competitive CS:GO.