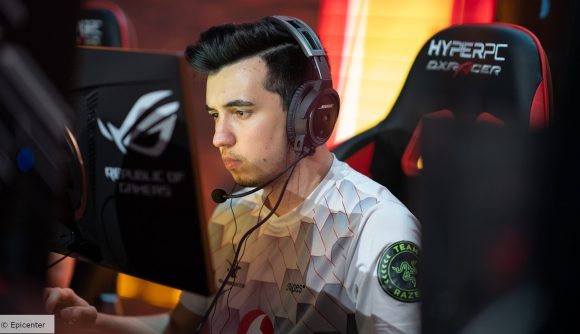 Cloud9’s Counter-Strike: Global Offensive team looks set to make another personnel change just four months after its latest restructure.  Özgür ‘⁠woxic’ Eker, who signed with the organisation in a deal worth nearly $1.4 million, has been reportedly benched.

According to reports by Rush B Media, the Turkish AWPer was benched earlier this week, and while the exact reason hasn’t been disclosed, a source close to the player says it is due to “non-performance related issues.”

The decision to bench woxic has come at time of change for Cloud9. Just last week, the organisation announced it was parting ways with coach Aleksandar ‘kassad’ Trifunović due to a “stylistic clash” between him and in-game leader Alex ‘ALEX’ McMeekin. Although general manager Henry ‘HenryG’ Greer noted there is “no bad blood,” it’s clear the team, dubbed as the Colossus, is trying to get its house in order before competitive CS:GO returns for 2021.

woxic hasn’t yet released an official statement, but has encouraged his Turkish followers to be patient on Instagram, noting that the “good days are waiting.”

HenryG, on the other hand, appears to be busy, tweeting two contract emojis, suggesting both woxic and kassad’s replacements have been signed.

The front-runner to replace the AWPer, according to HLTV and 1vp,  is Erick ‘Xeppaa’ Bach, a 20-year-old American rifler who shot to prominence during his time with Chaos. Former assistant coach Chris ‘Elmapuddy’ Tebbit has also been linked to the organisation for the coaching position.

Only time will tell if these reports are true, though. Cloud9 should announce changes in the next few days.