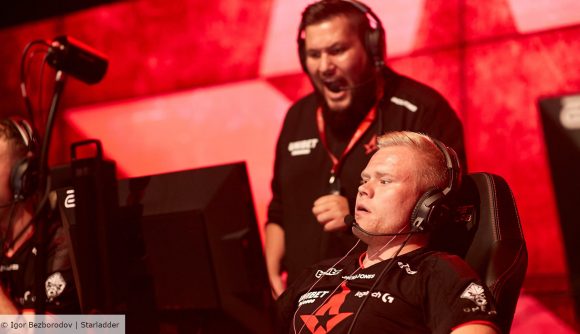 Danny ‘zonic’ Sørensen believes Complexity rifler Kristian ‘k0nfig’ Wienecke has matured and learned his lesson, after toxicity on social media caused him to miss out on securing a spot on the infamous Astralis roster.

K0nfig missed out on joining the Danish lineup in February 2018 because he was late to his interview and couldn’t stop getting into fights on Twitter, according to the coach’s new autobiography.  Speaking to The Loadout at ECS, zonic reveals that he’s not actually spoken k0nfig since The Brain Behind Astralis came out, but that the frankly written account shouldn’t shock him or Kjaerbye.

“When I wrote this book it wasn’t about stepping on anyone’s toes. It was about me,” he says. “I don’t hide anything, and I wrote it from the feelings I had back then, so the whole Kjaerbye/k0nfig thing, the people involved know – or should know – how I felt back then.

“I haven’t spoken to k0nfig since I released the book. I think Kristian has learned a lot from his mistakes and matured. He was one of the guys everyone talked about was expected to be one of the best players in the world, but then he fell off. Not individually, but more on a team level. I think that has humbled him a lot.”

And it seems being open and honest with his audience has really helped sell his book in his home country. According to zonic, it’s being received well by both the hardcore CS:GO audience, but also by people who have kids invested in the game and want to learn more.

Sadly The Brain Behind Astralis is only available in Danish at the moment, but zonic has confirmed an English version will be available in the near future.