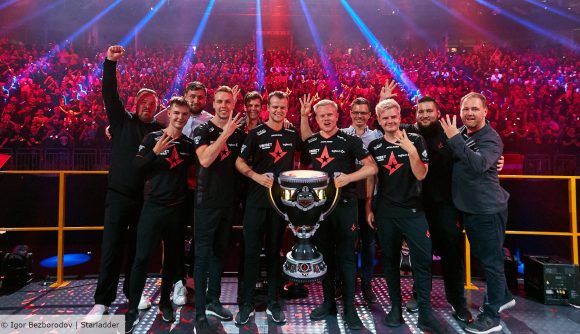 Danny ‘zonic’ Sørensen has been an integral part of Astralis success this year and he’s reaping the rewards. So much so that the Counter-Strike: Global Offensive legend has been named as the Esports Coach of the Year for the second time this year.

Zonic, who helped lead the Danish side to two Major victories this year, was named Esports Coach of the Year at The Game Awards last night, following on from his victory in the same category at the Esports Awards last month.

“It’s so deserved, he’s amazing,” Lukas ‘gla1ve’ Rossander, Astralis’ in game leader says at the Blast Pro Series Global Finals about the award.  “It’s hard to describe how Danny is because he’s so good at his job. He’s not only large, he’s hardworking and that’s what I admire the most.

“After a game he chills a bit but in the middle of the night he will and prepare the games for us tomorrow, so we have videos in the morning. Danny is doing such a good job and he deserves all the credit he’s getting right now.”

On Instagram, zonic says he’s “super proud” to have won his second title this year and is looking forward to ending on a high.

Astralis will play their final match of the year at Blast Global Final tomorrow at 9AM PT (12PM ET/5PM GMT).