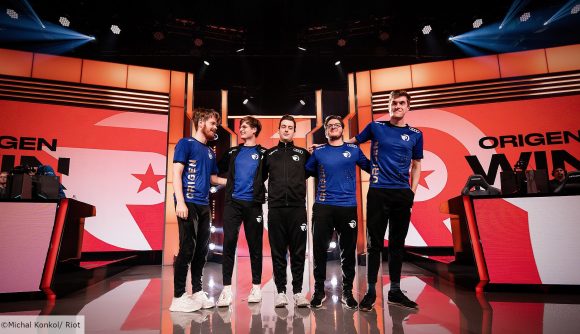 Astralis Group has decided to merge the branding of all its esports teams to coincide with its most famous and successful squad, the Astralis CS:GO team.

The name, iconic logo, and ‘To the stars’ slogan of Astralis will now be adopted by the group’s two other teams: LEC League of Legends team Origen and the Future FC FIFA esports brand. Astralis Group has always tried to keep its three esports brands separate and leave the Astralis title exclusively for the CS:GO team that made it such a recognisable name. This change of strategy will now see the FIFA and LoL divisions utilising Astralis’ power as a brand.

Astralis Group announced the news with a rousing video on social media and a statement on its website, in which CEO Anders Hørsholt says that the merger will now position Astralis “as one of the biggest esports brands in Europe and a major global player.”

Another post on the Astralis website says that this will signal new products and merchandise for fans of the Origen and Future FC brands. While all teams are branded as Astralis, products for each will vary slightly in design and colour to still differentiate between a CS:GO and a FIFA jersey, for example.

Following the rebranding announcement, Astralis has revealed that there will be big personnel changes behind the scenes for its LEC team. General manager Martin ‘Deficio’ Lynge will be moving on, and founder and owner Enrique ‘xPeke’ Cedeño will also be “stepping back” but will remain as an Astralis Group shareholder.

Origen finished dead last in the 2020 LEC Summer Split after winning just six games in the regular season, and Astralis will be hoping for a big change in 2021 as it attributes its name to the team.