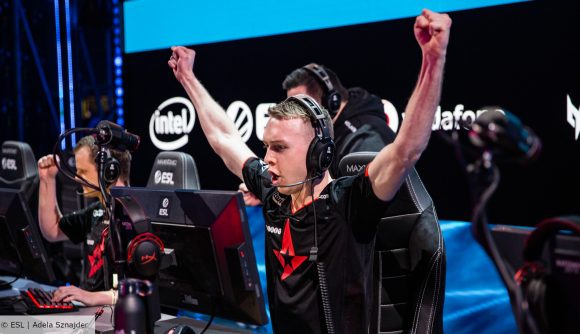 Despite reports to the contrary, Luke ‘Gla1ve’ Rossander has confirmed he will not be competing at ESL One Cologne. Earlier reports had indicated he would be a backup player for his old team Astralis, but this is apparently not the case.

Gla1ve stepped away from the team in May, being placed on medical leave citing stress and burn out. Two weeks later, teammate Andreas ‘Xyp9x’ Højsleth was placed on leave for the same reasons.

Danish media TV2 has reported that both Gla1ve and Xyp9x were signed up as back-up players for ESL One Cologne, but Gla1ve has moved quickly to correct those reports. Xyp9x has not commented, but then he has not made any public statement since taking a break. Writing on Twitter, Gla1ve says that he is “looking so much forward to coming back”, but it appears ESL One Cologne has come a little too soon for him.

Gla1ve was Astralis’ regular in-game leader for Counter-Strike: Global Offensive before being placed on leave. In his statement, thanks all the fans who have supported him so far, adding that he wants to take things “step by step”, and that he will “will help the team all I can so we can take the trophy home”.

Since Gla1ve and Xyp9x stepped down, Astralis have moved quickly to patch the team up. Marco ‘snappi’ Pfeiffer was initially signed on a short term contract until July, when Patrick ‘ es3tag’ Hansen joined. Lucas ‘Bubzkji’ Andersen has also signed from MAD Lions recently, with the pair expect to feature in place of Gla1ve and Xyp9x.

I am looking so much forward to coming back ⭐️! I will take it step by step which means I won't be playing ESL Cologne, but I will help the team all I can so we can take the trophy home 👊. A huge thanks to all who supported me during my break, it truly means so much to me ❤️ pic.twitter.com/smLjqdCIYn

Rounding out the ESL lineup for Astralis alongside es3tag and Bubzkji are Astralis regulars Nicolai ‘device’ Reedtz, Peter ‘dupreeh’ Rothmann, and Emil ‘Magisk’ Reif; the five have begun a preparatory boot camp ahead of the competition kicking off on August 18.