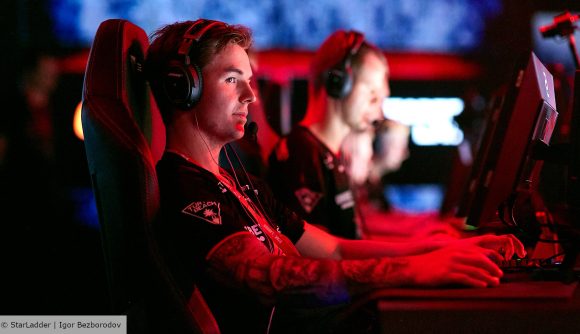 When you’re constantly travelling around the world to compete in high-stress environments, playing at your best can be tough. Astralis, highly regarded as one of the best Counter-Strike: Global Offensive teams in the world, changed the game though when they stopped attending every tournament they were invited to. The Danes took some heat for their selective approach initially, but Nicolai ‘device’ Reedtz says he’ll be pretty happy if they’ve changed some people’s perspective on burnout in esports.

Astralis began planning which tournaments to attend three years ago after device suffered gastrointestinal issues in November 2017. The AWPer has since confirmed he has severe stress-induced Irritable Bowel Syndrome and acid reflux which flares up during travel. The team decided to skip a number of events to refocus as a result and this approach has helped them bounce back from poor results.

“2019 was probably the year in which we got the most heat for doing things differently when we started prioritising tournaments hard,” device tells HLTV in his rankings interview. “We took a lot of heat, which is what it is, but in the end we saw other teams doing the same and ultimately I think it contributed to a renewed focus on health and stress among players. If we have something to do with that, I’m pretty happy about it.”

“If new formats give more structure and time for teams to prepare and plan, it is all good. Everything new can be seen as a test, but once a decision is made in regards to a tournament, our job is to focus on how we get the best out of it. More structure would be healthy.”

Last week ESL signed a landmark framework agreement with the Counter-Strike Professional Players’ Association to standardise the way players are treated at events. Under the agreement, players will have travel and accommodation paid for which will be a set distance away from the playing venue. A framework for standard player contracts has also been added but this needs to be finalised.

Either way, it’s a step in the right direction for CS:GO and esports more generally. We’ve already seen what teams can do when they focus on health and wellbeing, so it’s only fair that the rest of the industry decides to catch up.