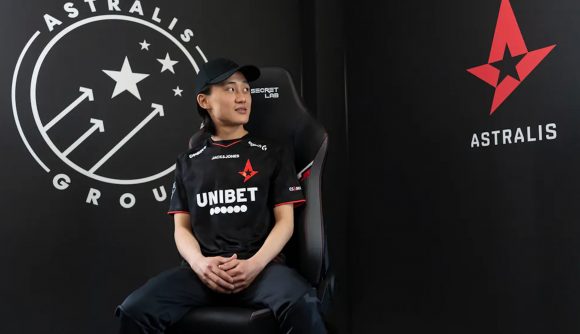 There have been rumours of Astralis signing yet more players to its Counter-Strike: Global Offensive team for a while now, and those reports were finally confirmed today when the team announced it had signed Jakob ‘JUGi’ Hansen. The former North AWPer, who joins on a free transfer, is effectively the seventh man to join the Danish side after Patrick ‘es3tag’ Hansen.

Despite struggling in his performances with OpTic and North, JUGi recently joined Astralis for a practice session, in which he “contributed as expected” according to coach Danny ‘zonic’ Sorensen. It’s not surprising he fits in at Astralis, though. The 23-year-old used to play for Heroic, which at one point was owned by Astralis’ old parent company, so when he went back to the office, this time in red and black, he slipped right back into routine.

“It feels like coming home,” JUGi says via the announcement on the Astralis Group website. “I was really nervous but the second I stepped into the office, everything felt just right. The group has grown a lot, but I know most of the guys around the team, I know the culture and I know what is expected of me – on and off the server.

“I’ve had some great times here and being able to wear the jersey with the red star is just… It’s a pressure, it’s humbling, and it’s motivating.”

JUGi now joins the side a week after the Danes reclaimed the top spot on the world rankings. Although Astralis hasn’t confirmed when we’ll get to see the AWPer play, Kasper Hvidt, Astralis Group’s director, admits adding another player to the roster is a “strategic decision” for the organisation.

“Increasing the roster is a strategic decision based on securing the optimal conditions and a healthy, competitive environment for the players, coach, and performance team now and long term,” he says. “A requirement for succeeding with a move like this is an organisation with a strong culture and structure around the team and it requires versatile players who are able to adapt and adjust – and who are motivated by the continued work to always improve.”

Although Hvidt says this decision to add to the roster might take a while to bed-in and cause “fluctuating results,” the organisation has done it to make Astralis stronger and to create a flexible team that has strength in depth.