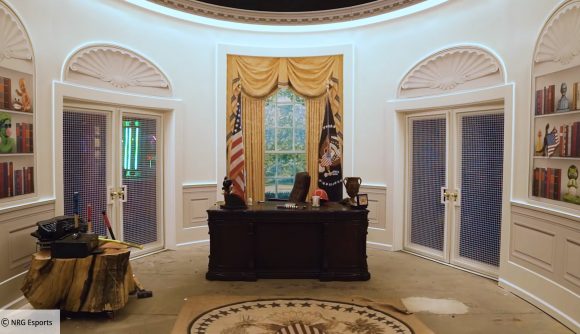 Los Angeles-based esports organisation NRG has just unveiled its new $10,000,000 gaming “fantasy factory” in the form of ‘The Castle’: an installation-filled hub for content creators, influencers, and pro esports players.

In a YouTube tour posted on November 18, NRG executive producer and designer of the space Grady Rains showcases everything the space has to offer, including a rage room stylised as the Oval Office, a “double-decker gaming couch” that visitors can slide down, and a gaming room where players can enjoy their favourite games on a giant cinema-style screen.

“I want to be clear that this wasn’t a space designed for one specific team,” Rains asserts. “It’s really not even just designed for NRG. We really wanted this place to be a highly-collaborative environment where all sorts of athletes, musicians, creators, celebrities, whatever you are to come into this space and make incredible gaming content.”

The Castle also sports a “tier-list installation”, which offers an aesthetically-pleasing approach to this popular content format for creators to make use of. And if you think that’s sweet, the Wonka-esque fantasy factory even has its own “candyland” area filled with bagged sweets and a water fountain which dispenses energy drinks. 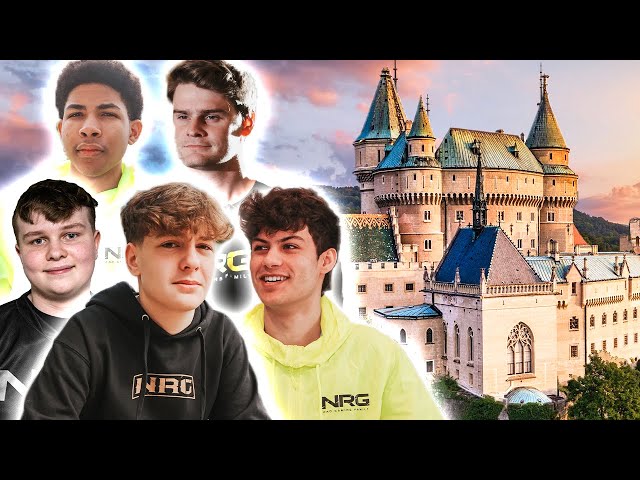 Having recently surpassed one million subscribers on its official YouTube channel thanks largely to the popularity of its Fortnite team, NRG is also becoming a permanent fixture in the content creation space. As such, the creation of this new hub seems timely, and tells us that NRG is still only just getting started.