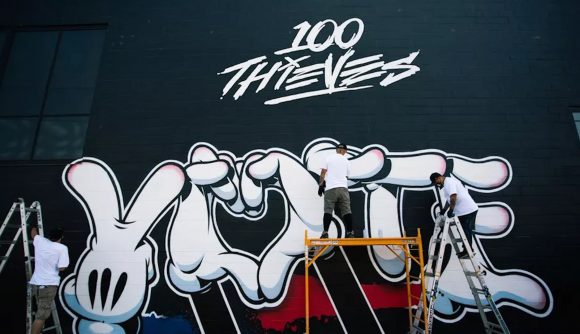 100 Thieves is known for being one of the biggest esports organisations out there, but outside the industry in the big wide world, not so much. However, the organisation has revealed today that it’s set to open its doors up to the electorate as an official LA County Voting Center for the upcoming US Election.

The 15,000 square-foot building, which opened earlier this year, will now serve as the official polling station from October 30 until the end of election day on November 3, according to The Verge. All voters will be asked to practice social distancing in line with COVID-19 regulations.

“Ever since we put down roots in this pocket of Los Angeles with the opening of the 100 Thieves Cash App Compound at the beginning of the year, we’ve been looking for ways to give back to the community,” 100 Thieves founder Matthew ‘Nadeshot’ Haag says in a statement. “We’re thankful to the Los Angeles County Registrar-Recorder / County Clerk for the work they are doing this election season, and we’re excited to partner with them to offer up our space.”

A big mural which tells passers by to vote has also been painted on the side of the compound by graffiti artist Slick to mark the occasion. 100 Thieves says this will be changed to ‘we voted’ once the polls have closed.

This news comes just 24 hours after congresswoman Alexandria Ocasio-Cortez broke Twitch records with her popular Among Us stream, which encouraged viewers to get out there and vote. In a world where gaming and politics are forming stronger bonds, this has come as no real surprise.