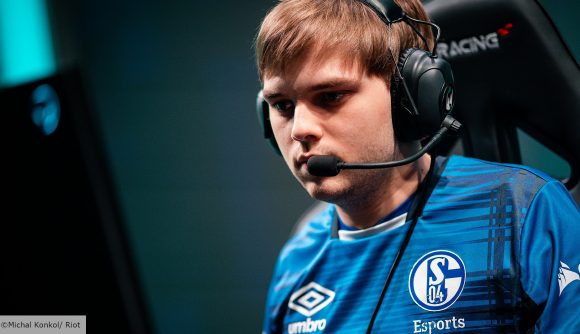 100 Thieves has signed German midlaner Felix ‘Abbedagge’ Braun from Schalke 04, making him the latest player to make a move from the LEC to the LCS.

With 100 Thieves’ toplaner Kim ‘Ssumday’ Chan-ho receiving his green card and becoming a US resident, the opportunity to “scour the globe for the perfect midlaner” recently opened up, according to head coach Christopher ‘PapaSmithy’ Smith. 100 Thieves has turned to Europe, like a number of North American teams have in recent splits, and decided Abbedagge would fit the bill. 100 Thieves will now likely demote current midlaner, Tommy ‘Ryoma’ Le, to its academy roster.

Schalke meanwhile will promote promising youngster Ilias ‘Nuclearint’ Bizriken to its starting lineup for the LEC Summer Split. After just one split playing on Schalke’s development roster in the Prime League, the Frenchman is apparently more than ready for the step up to the LEC.

With Abbedagge’s transfer coming as a massive surprise to fans, Schalke’s head of esports, Tim Reichert, explains that 100 Thieves tabled a “good offer” to buy out Abbedagge from his contract.

He also cites Schalke football club’s track record of raising young talent and selling them on in big-money transfers, a model the LoL team has clearly followed in this case.

Official Announcement:
@AbbedaggeLoL will be leaving us to join @100Thieves for the 2021 LCS Summer Split, with @Nuclear_int joining our #LEC Roster for Summer. We wish Felix all the best and hope to see him at Worlds! Forever a Royal Blue 💙🤍 #S04WIN pic.twitter.com/za8DBERmkd

With Schalke reportedly in financial difficulties and its football team facing relegation from the Bundesliga, the club has said that it may look to sell its spot in the LEC to recoup funds. While the sale of Abbedagge is nowhere near the price of a slot in the LEC right now, it will go some way to proving that Schalke’s League of Legends endeavours can generate revenue.