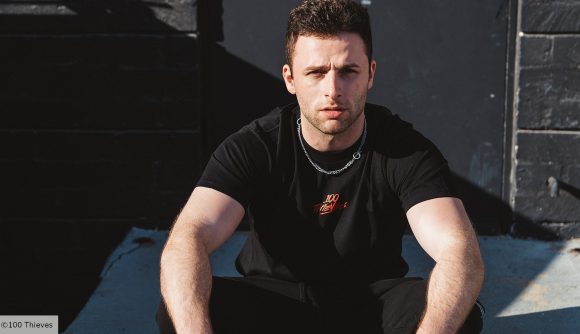 100 Thieves has further bolstered its army of content creators and streamers with the addition of ‘AustinShow’, the star of popular Twitch gameshow Love or Host.

Formerly known as ‘RajjPatel’ – which was dropped by the streamer as he deemed it “insensitive” towards some cultures – the charismatic face and voice of Love or Host will now join the likes of Jack ‘CouRage’ Dunlop and Rachell ‘Valkyrae’ Hofstetter at 100 Thieves. As well as Love or Host, AustinShow also hosts various other entertainment programming including variety talent shows and a series called Dare Package on the VENN network.

The AustinShow announcement was made just before his latest Love or Host episode went live, featuring one of Twitch’s biggest streamers Imane ‘Pokimane’ Anys, with the show peaking at over 100,000 viewers. While most big streamers rack up millions of hours of watch time per month by streaming regularly and for many hours at a time, AustinShow has managed to reach the top by doing just the opposite. He’s found great success with his infrequent, episodic, and original broadcasting.

This appears to be something 100 Thieves wants to tap into, with founder Matthew ‘Nadeshot’ Haag saying: “I’ve been especially impressed by his incredible balance of authenticity to the Twitch community and creative programming and storytelling. His superpower as a creator is his ability to weave compelling storylines across a variety of creators, and we’re thrilled to be working with him.”

The signing of AustinShow further bolsters 100 Thieves position as one of the top organisations in the world for content.