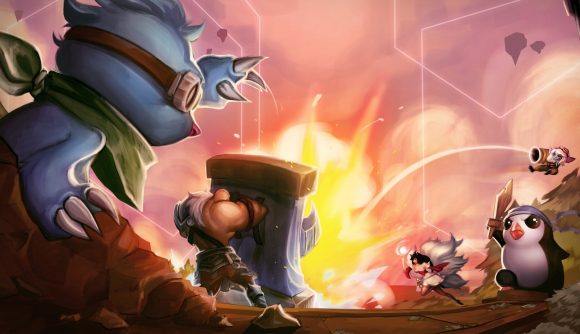 A hard rank reset is coming to Team Fight Tactics ahead of the new ranked season. Players will notice that their ranks have been dropped to Iron for the Rise of the Elements season to offer a “fresh ranked experience” for everyone.

Riot Games has added a number of new champions, spells, and strategies with the patch, so wants to reset progress to even out the playing field. As such, Riot has also implemented a soft-reset of MMR, but players will not lose any LP during the first five ranked games they play.

“While everyone kicking off their ranked split from the same rank is exciting, we still want the games at the start of the season to feel competitive and fair,” the blog post states. “Since we’d changed so much about the game, however, we went with a soft reset to reflect the learning process we’re all going through while maintaining the competitive nature of the queue.”

As the blog post alludes to, several changes have been made to make battles on the Convergence more entertaining and of course, more balanced. You can read the full patch notes here, but just know that several champions are getting buffs and nerfs that might change your usual strategy.

And if that’s not enough, we’ve also got our first look at the True Damage-inspired Little Legends, QiQi, Ossia, and Melisma, who are just adorable.

At this point, we wouldn’t even be mad if Riot switched from making games to making music. But with patches as good as this one, we’ll see what the Convergence holds first.