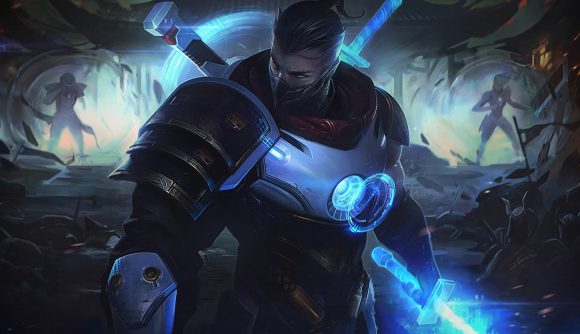 Teamfight Tactics is aiming to launch on mobile in March, according to a new update from the auto battler’s development team.

In the video update, the dev team say they have been “pouring over how to bring TFT from PC to mobile in a way that feels intentionally built for the platform” and give mid-March as the release date for “most countries.” Teamfight Tactics will be cross-platform, pitting mobile and PC players against each other.

The devs also give players a glimpse at what might be coming in set 3, which will also be coming in March to coincide with the mobile release. Teamfight Tactics’ game design lead Stephen ‘Mortdog’ Mortimer outlines in a less than subtle manner which champions would be coming to set 3, and it appears that it will revolve around outer space. “It’s a pretty large project,” he says. “With so many star champions in the League universe, it’s been a blast trying to figure out how to make space for all of them, especially now that we are getting our finger on the pulse of what makes a good set.”

The exaggerated hints are in reference to four previous skin sets from League of Legends: PROJECT, Star Guardians, Odyssey, and Pulsefire. Although he doesn’t explicitly say which champions will be added, the video shows images of PROJECT: Fiora, Star Guardian Poppy, Odyssey Jinx, and Pulsefire Shen as he talks.

They also talk through a number of changes they have made to TFT over the last few months, including removing some of the more “extreme random mechanics” and reducing the number of “hard counters” in the game.